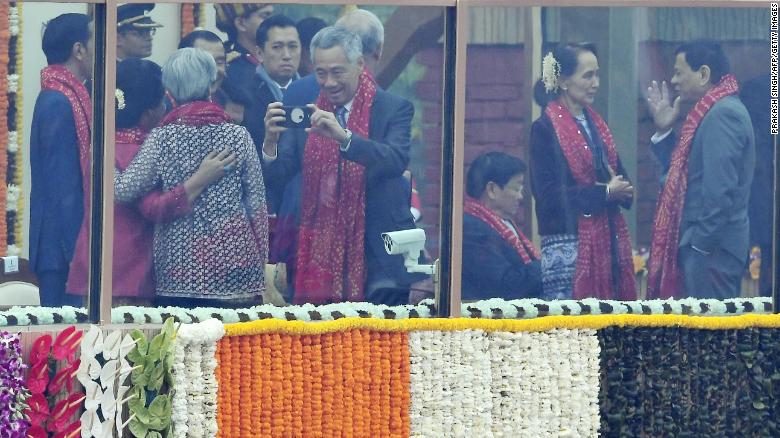 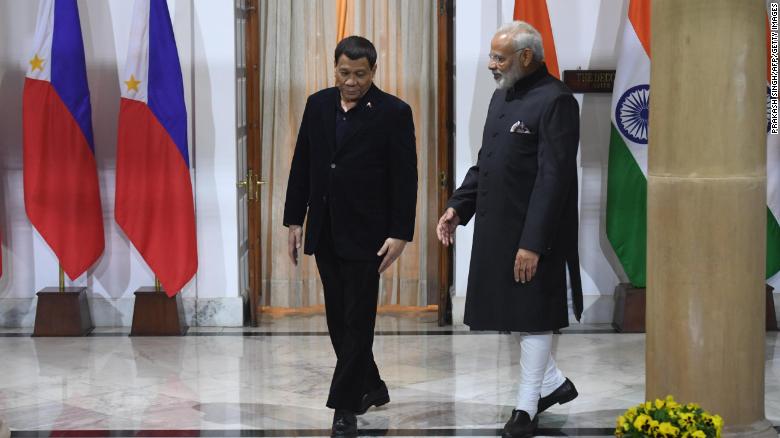 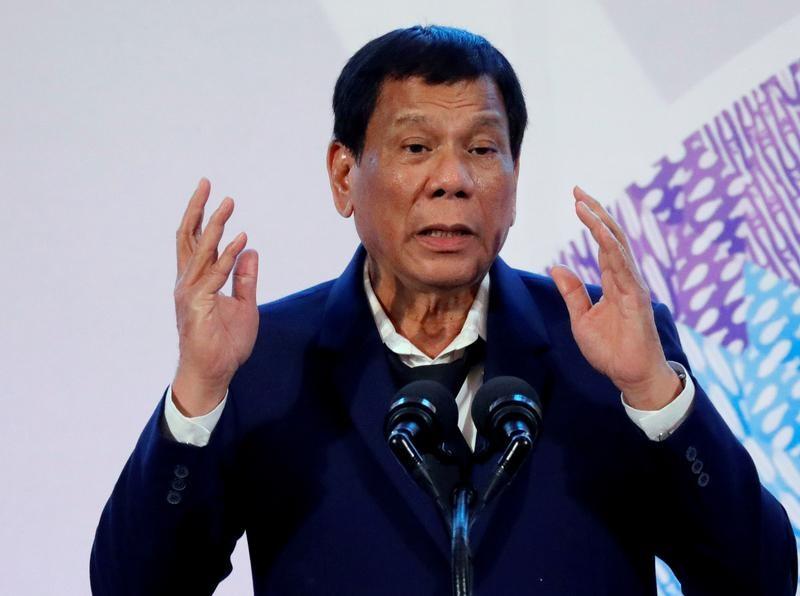 Philippines' President Rodrigo Duterte Rodrigo Duterte gestures during a news conference on the sidelines of the Association of South East Asian Nations (ASEAN) summit in Pasay, metro Manila, Philippines, November 14, 2017. REUTERS/Dondi Tawatao
Duterte said he made the remarks in a speech at the Philippines-India Business Forum in New Delhi where Duterte and Suu Kyi are attending a summit of Southeast Asian countries.
“We were talking about our country, the interest of our country ... and I said ‘do not mind the human rights’ (activists), they are just a noisy bunch actually,” Duterte said.
Suu Kyi is facing international criticism for failing to address the plight of the Rohingya, more than 655,500 of whom have fled to Bangladesh to escape a crackdown by the Myanmar military.
Many people in Buddhist-majority Myanmar regard the Rohingya as illegal immigrants from Bangladesh. The United Nations described Myanmar’s crackdown as ethnic cleansing, which Myanmar denies.
“I pity her because she seems to be caught in the middle of being a Nobel Prize winner for peace and this is now the ruckus, she is heavily criticized,” Duterte said in his speech.
Human rights groups have also strongly criticized Duterte’s anti-narcotics campaign during which more than 3,900 suspected drug users and peddlers have been killed in what the police called self-defense after armed suspects resisted arrest.
Critics dispute that and say executions are taking place with zero accountability, allegations the police reject.
Reporting by Aditya Kalra and Karen Lema; Editing by Sanjeev Miglani and Nick Macfie
Our Standards:The Thomson Reuters Trust Principles.
[ 打印 ]
[ 加入书签 ]