(2020-05-28 12:20:58) 下一个
Comment
Executive summary: Under the rule of CCP's dictatorship it is impossible for George F. Gao, as scientist, party member and government official to be honest to speak up his own view, to tell the truth based on science and facts. This episode gives an in-depth analysis on how extensively he and his research team got involved in virus test and medical support, how he deliberately presented disinformation in public and covered up the truth for CCP. Total video time: 15 min.
Strategy: Along with the

booming in economy CCP urgently wants to become the No. 1 superpower in military. The regime has been brainwashing civilians generation by generation to make them believe US is the No. 1 enemy. CCP is aware of the regime is not able to defeat the US in a direct military confrontation. In 1999 two PLA colonels published a book《Unrestricted Warfare》. This book played a decisive role for CCP to adjust the strategy from Traditional Warfare to Unrestricted Warfare. It inspired CCP to develop virus weapon as well. At that time virus weapon was a hot topic in public. The video in below is a military talk show on China National TV. The viewers showed a great interest in this weapon. The guest was a PLA colonel, senior military analyst and chief editor of a domestic magazine Global Military.
Steve Bannon, former White House Chief Strategist, has done an in-depth study on CCP's Unrestricted Warfare strategy.
Profile: George F. Gao was born in China 1961, B.Sc. in Veterinary Medicine 1983, Master's Degree in Microbiology and Veterinary Epidemiology 1986, Ph.D. in Biochemistry in Oxford University

in the UK 1994. From 1994 Chinese Academy of Sciences (CAS) initiated a "Hundred Talents Program". It was to recruit overseas pro CCP elite scholars with offering a role of senior government official and an attractive benefit package. In 2004 George F. Gao became one of them. He took Director of Institute of Microbiology CAS, in 2008 Vice President of Beijing Institutes of Life Science, Director of the National Key Laboratory of Pathogenic Microorganism and Immunology of the CAS, in 2011 Deputy Director of Chinese Center for Disease Control and Prevention (China CDC), in 2017 Director-General of China CDC. China CDC was set up in 2002 one year before SARS. It is an organization under the National Health Commission, which was set up in 2018 with an integration of former Ministry of Health and former National Health and Family Planning commission. The later set up commission is a cabinet-level executive department under Department of State.
CASAD: CAS is a state-owned organization. Wuhan Institute of Virology (WIV) is one of the 75 research institutes of CAS. CASAD is Academic Division of CAS. By 2019 there have been 850 members and 106 foreign members. The member is also informally called academician. CASAD is the exclusive think-tank to the government on major science and technology issue. It consists of 5 divisions. The membership is not only a lifelong highest honorary title but also the recognition of loyalty to CCP. George F. Gao is listed in the Division of Life Sciences and Medical Sciences. His research focuses on the mechanism of viral entry and release, in particular the cross-species transmission of the influenza virus. He took two months doing research on Ebola in Sierra Leone 2014. Among 151 members of his division he is the only one virologist and senior government official. The profile secures him to be well qualified to implement virus weapon strategy for CCP.
Drill in the US 2019: George F. Gao was the only one government official among 15 participants. It was targeting at a virus outbreak in China. The virus in the presentation was coincidentally identical with COVID-19 except the naming. This model will not be presented in such a high level drill if an extensive research and computer aid simulation has not been done. The model predicted accurately what the virus outbreak will be. The outbreak did happen two months later in China. Such an accuracy is undoubtedly equivalent to accurately predicting a significant earthquake in the near future. We have experienced the virus outbreak and lockdown. If we rewind to watch the previous drill isn't this just a rehearsal of a show? CCP had the script. Bill Gate Foundation knew it. Facts have shown the foundation has sponsored CCP's virus development in name of vaccine research via donation to National Institute of Health (NIH).
George F. Gao got enough warm up in a number of drills nationwide and worldwide in 2019. COVID-19 is exactly the virus they were targeting at in the drills. He failed 100% this time. There is only one logical and reasonable reason. That is he knew it was a virus test. He deliberately covered up the truth for CCP.
Performance in COVID-19 outbreak: Chinese political ecosystem is full of deal, personal connection, corruption and bribery. All senior officials were nominated by CCP. Government is not elected by civilians.

The officials do not care about civilians as long as they do not make any trouble for them. The officials are used to performing accountably for the superior and the CCP. George F. Gao has no exception. In 2017 he revealed that he has been a party member for 30 years. This tells he had close tie to CCP when he was young and he was highly motivated in his political pursuing. On the day he joined CCP like any other new member did he took the oath “...carry out the Party's decisions, strictly observe Party discipline, guard Party secrets...”. His ideology determines he sets CCP's interest higher priority over civilians'. It constrains him from performing as scientist doing in a professional way. That is the reason why he appeared inconsistent, dishonest and misleading in public.
Journals: The New England Journal of Medicine (NEJM) is a world leading medical journal. According to NEJM every year 4500 papers are submitted. Only 5% of them got accepted and published after going through an extreme severe selection.
The Lancet is a peer reviewed general medicine journal. It has three editorial offices in London, New York and Beijing. It takes 20 days to get the paper published if accepted by peer review and editor review. In 2015 the editor-in-chief Richard Horton got Chinese Government Friendship Award. It is a top honorary award given by Chinese government to those who have done an outstanding contribution to China. In May 2020 Richard Horton hailed CCP's doing in the outbreak in an interview on China National TV. The Lancet has involved itself to support CCP on COVID-19 related issues.
Papers: His papers reveal since the COVID-19 outbreak he has been focusing on research projects, press conference and two medicines Remdesivir and Lopinavir/Ritonavir trials. The team members have conducted the trials in two hospitals. Papers got published. Two months after the COVID-19 outbreak WIV filed a patent application for Remdesivir's use in China. Gilead, Remdesivir's development company, has never condemned WIV's misconduct. The company keeps low profile on this issue.  Obviously there must be an arranged agreement between WIV and Gilead prior to virus test.  As a senior government official George F. Gao's power and his research team played a crucial role in facilitating the agreement. The in-depth analysis will be presented in a separate episode. Here are the papers he as one of the authors has completed during COVID-19 outbreak.
On the record it was

in the middle of December 2019 that the first patient was admitted in Wuhan. George F. Gao's team did onsite research. They completed the first paper and published it on January 24 2010. It looks like this team just completed the paper work within 5 weeks. In the meanwhile he joined other teams to complete the second one and the third one. In the second paper it stated 『 In its early stages, the epidemic doubled in size every 7.4 days. the basic reproductive number was estimated to be 2.2.』. In fact the R0 vcalue was higher than 5 according to some other research results. Obviously COVID-19 is highly contagious and fast speed in transmission. Just after the outbreak 8 medical doctor whistleblowers revealed the fact. Consequently they got investigated by police and banned to speak up. A few days later one of them died of the virus infection. In that situation no scientist in the research teams has raised the alarm. There is only one possible reason. It was a secret test. CCP did not allow them to reveal the secret.
Project: The 2 of 4 members in George F. Gao's team are Chinese officials ranking as government vice minister. The rest are well known experts living abroad. Before they teamed up the project has to be approved. The sponsor has to be found and the budget has to be available. George F. Gao knew what to do and what to achieve. In his position he has to collaborate with virus development and test team because it is critical for him to know how to limit the spread of the virus and secure civilians' mortality toll to be under control. He was obliged to find countermeasures and make sure it will work efficiently in the test.
It is not an easy case. It is time consuming to setup an international team and work together in same location. The foreign members are not self-employed. They need to plan for their availability long before the project starts. George F. Gao got extra

tasks to help them with Chinese visa, book international and domestic travel, find an interpreter onsite etc. In writing the paper they needed to process data, and graphics, exchanged view, chose appropriate wording, even paid attention to the legal issues, and did revision when needed.  Before the team conducted the trials Remdesivir had been produced in China with packing in Chinese.  At that time Remdesivir was not approved by FDA. Such a project can unlikely be done within 5 weeks. Most likely the project has been planned for a long time prior to virus test.
Whistleblowers: More and more Chinese virologist whistleblowers 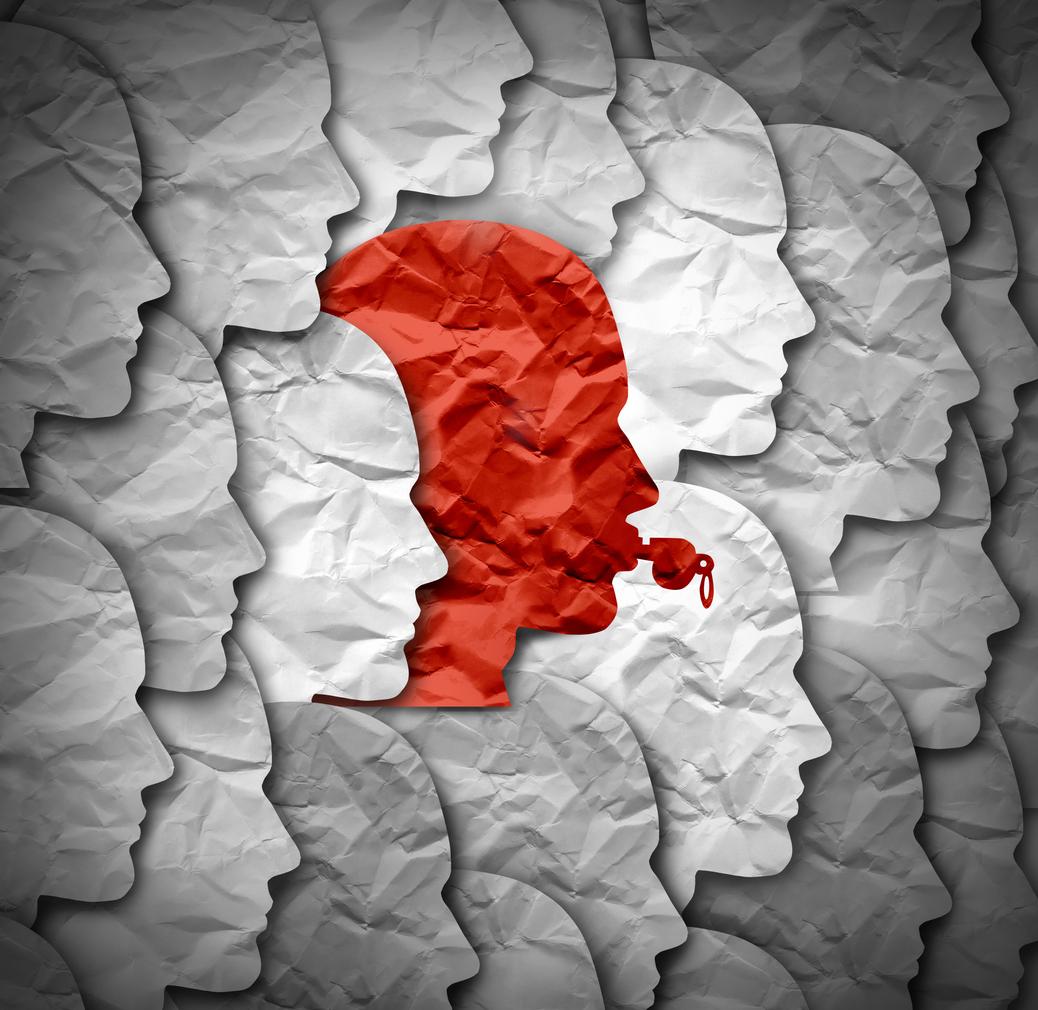 are emerging. George F. Gao should be aware of fact that a number of virologist whistleblowers from WIV and PLA in this project have successfully escaped from China and safely arrived in the US by the end of April. Most likely they have testified in the US. The escape has definitely left George F. Gao at high risk to be prosecuted in the future. In a recent interview (in Chinese) he has clarified that China CDC has collected the samples in the wet market in Wuhan during COVID-19 outbreak. They have tested all samples. No virus has been found in samples from animals. However the virus has been found in the samples from living environment include the drain. He clarified further no natural host has been found so far. He implied the virus is not originated from animal. Does he intend to sail two boats the same time? One thing for sure he is the one of the virologists in the world fabricating nightmare for Bill Gate.
War: This is a world war without smoke. Global mortality toll has reached 355,956 include 37,460 in the UK and 99,534 in the US. 5,717,163 have confirmed 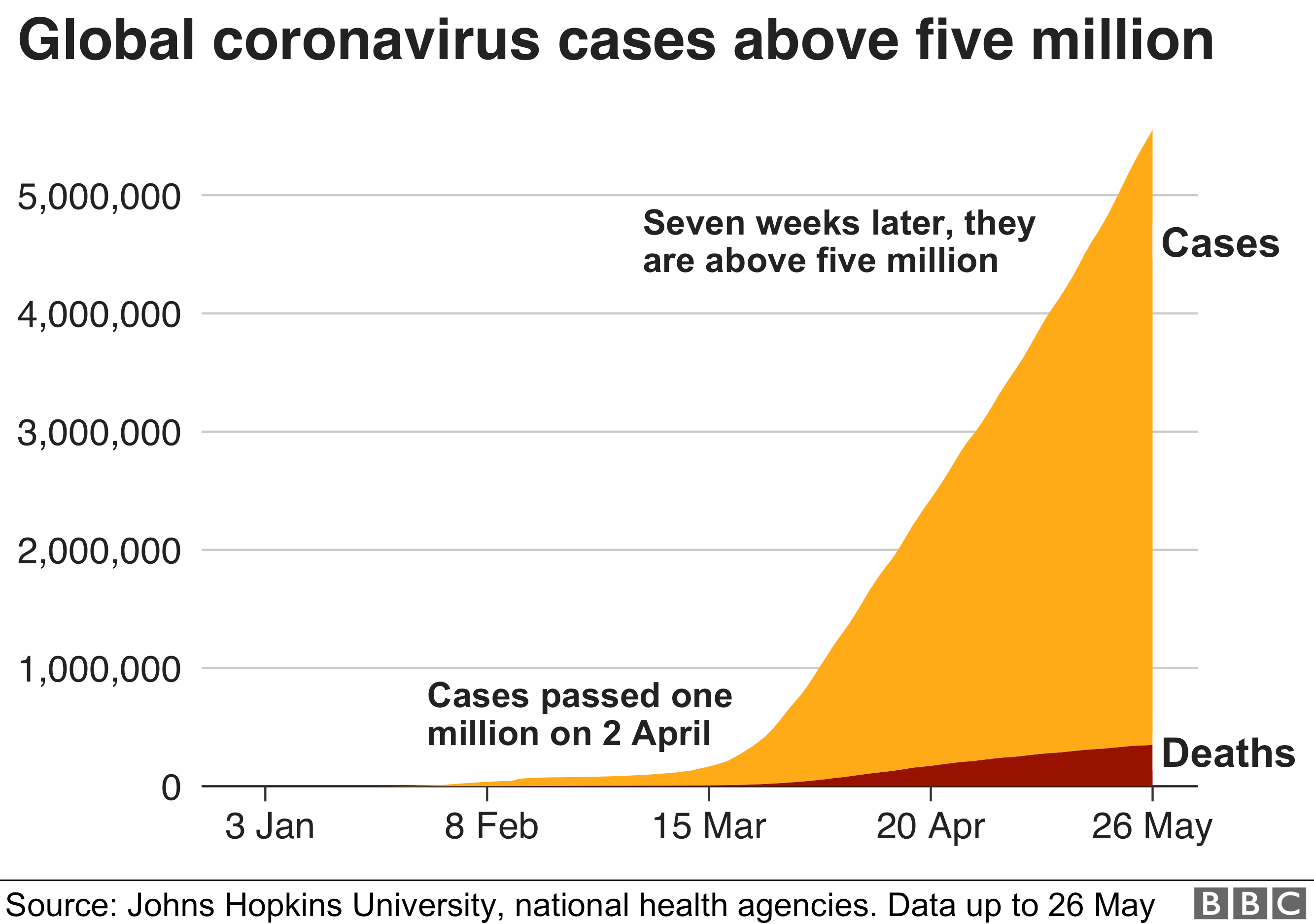 worldwide. It is still ongoing. Scientists like George F. Gao are obliged to contribute their expertise to making people's life safer. Sadly what they have planned and what they have done were against morality and humanity. Compare to the COVID-19 scientists with evil mind are more terrified to the world. When I am about to finish this episode I happened to watch this video in below. I heard a voice from a deep of the heart of a deplorable Chinese civilian under the CCP virus attack. "...I want the brothers and sisters to take a moment and just feel how severe this condition is, Pearl Harbor attacked on one of our Sundays the CCP virus sneak attacks 17 Sundays so far and potentially a lot more, at this time it is bio weapon, what could be next time ?..." Has this voice been heard in the world?
To be continued.
© Copyright reserved
Top
[ 打印 ]
[ 加入书签 ]