at the beginning of the pandemic. CCP has started the unrestricted warfare against the US in variable sneak ways like Information Warfare, Cyber-Attack, Propaganda Warfare and current Virus Attack. CCP has initiated PR campaign to cover up after COVID-19 outbreak. Since CCP has unleashed the virus to the world they do not want it to be stopped soon at such a low cost. China's economy power has facilitated CCP to have full economic strength to control WHO and some renowned scientists to speak up for CCP. In China HCQ can pose a huge impact on the traditional Chinese medicine market with hundreds of millions consumers. In the US because HCQ was recommended by President Trump, those who oppose him defame HCQ just for the sake of opposing him. For pharmaceutical companies like AbbVie and Gilead this low cost effective medicine can be a devastating blow to their sales. The interest groups behind these companies will take any measures to prevent from its use. Therefore WHO removed HCQ in the trial medicine list. The Lancet posted an article to defame HCQ. FDA and NIH keep the warning of the HCQ's side effect. University of Oxford released news to defame HCQ.
The truth remains always the same and consistent. Recently the Lancet has retracted an article that defamed HCQ. The article's first author Mandeep R. Mehra is "the medical director of the Brigham Heart and Vascular Center in Boston, Massachusetts, and specializes in advanced heart failure, mechanical circulatory support and cardiac transplantation" according to his profile on wiki website. His article has been retracted. WHO has decided to resume HCQ trial. UK has announced the same decision. France has revoked decree banning use of HCQ in COVID-19 treatment.
Clinical Research：Clinical Research in HCQ has been carried out in a number of countries. The results have suggested that HCQ has clinical benefit. The abstract of the result will be displayed when mouse over a selected button.
A simple clinical trial in the US and the UK can come to the exact opposite conclusion. The truth stands on one side only. Either Herry Ford Health System or University of Oxford distorted HCQ's efficacy and performed to be misleading.
What HCQ can't help in COVID-19 treatment?
Disinformation: At the very beginning HCQ was defamed by

University of Oxford. Kome Gbinigie, Kerstin Frie, the two Wellcome Trust funded DPhil students of Nuffield Department of Medicine of University of Oxford published the first article《Chloroquine and hydroxychloroquine: Current evidence for their effectiveness in treating COVID-19》 on March 25 and  the second one《Should chloroquine and hydroxychloroquine be used to treat COVID-19? A rapid review》on April 8. They did not have any practical experience in HCQ. They did not engage in any trial. They searched relevant articles online, cited the conclusions and data they need and then made their own conclusion. Both of the articles have not been reviewed by peers before the publication. The first one fairly presented the global trial results. Within one month however the two authors changed their mind and wrote the second article to defame HCQ. The second article was funded by Wellcome Trust. On the same day the two authors posted news on Nuffield Department of Medicine website. All the authors referred in the second article are from two Chinese universities, one French university and they have much advanced academic qualifications and more practical experience than the two DPhil students'. On April 14 the same two DPhil students published the third article to promote lopinavir/ritonavir as an effective solution for CONVID-19 treatment. During the global effort fighting against COVID-19 funding won over science to be more decisive.
On June 5 Peter Horby and Martin Landray who are leading the world largest trial in the UK posted news with citing the context shown in below to defame HCQ. This was referred on June 19 by WHO. However this has not been referred on HCQ targeted Update on June 17 by WHO. No article on this HCQ trial result by University of Oxford can be found online with the same conclusion shown as below. The conclusion statement can be found here and here with the same content. It can be concluded this is news without scientific research data as convincing support evidence. Peter Horby posted three messages on his Twitter at a time on the same day.
After this news was posted it has been covered

by main stream medias including Bloomberg. It has been not only covered but exaggerated by an article written by a US based Chinese scientist as "The early termination of the hydroxychloroquine arm was based on data from over 4000 patients enrolled and over 1000 deaths observed in the hydroxychloroquine arm and the usual care arm combined. "  There are a lot of search results where the media in the world distributed this message on the same day. There is no doubt it was a well-coordinated PR campaign of defaming HCQ. News on Nuffield Department of Medicine website revealed the department received funding from varieties of funding bodies including Li Ka-shing foundation, the world second largest foundation next to Bill Gate Foundation. Li Ka-shing has been offered a lot of profitable business opportunities by CCP therefore he made a great fortune in particular in estate sector in mainland China. Li Ka-shing has donated to build The Li Ka-shing Centre for the department. There has been a deep tie between CCP and Nuffield Department of Medicine.
March 20 a brand new website went live for the world largest clinical trial in the UK. On March 30 the trial protocol was registered. Lopinavir/ritonavir and HCQ were recommended by Peter Horby. On June 5 he announced HCQ has no clinical benefit and stopped HCQ. Until now there have been 11526 patients have been recruited. There are 176 hospitals have participated the trial. According to BBC by May 7 the UK topped highest death toll in Europe. 6 weeks later the death toll has reached 41783 increased by 12356. The death toll is still rising.
On April 12 news on Daily Mail criticized Peter Horby because he did not do more to raise the alarm to the UK government. He joined the onsite investigation in Wuhan January 2 in China and did not speak to the UK government until January 13 the UK government required him to have a meeting discussing the virus. Due to the UK government reluctant decision it led to community outbreak in the UK and now it ranks the no. 1 in Europe in mortality.
Scientist: Scientist is a person who conducts scientific research to advance 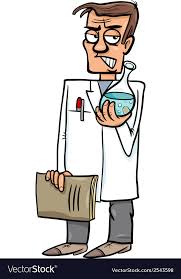 knowledge in an area of interest. Scientist has nothing to do with good or bad person. When scientist entangled with politics science as a powerful tool can be dangerous. In history there were dangerous scientists who have posed threat to the world. In late 1980s USSR biological warfare research program planned to use plague as a weapon. In World War Two Nazi carried out medical experiments on thousands of prisoners. The Unit 731, a secret R&D Unit of Japanese Army carried out horrendous experiments on human. CCP get all scientists in China involved in maintaining CCP's power and to rull the world. Peter Horby is a scientist and physician. He is an expert in trial design in infectious disease treatment. In order to conduct treatment there must be infectious disease emerged and the total number of the patients should be large enough.  In such situation Peter Horby can get the opportunity to show his importance. For his own purpose he certainly expects more virus outbreak like COVOD-19. After the virus outbreak in Wuhan he has been keeping low profile. He did not raise the alarm to the UK government. UK government could not take the quick action of lockdown. Consequently UK has surpassed Italy to rank the no.1 with the most total numbers of confirmed cases in Europe. Peter Horby got the opportunity to lead a world largest clinical trial of 11500 patients in the UK. He insisted in promoting preferably lopinavir/ritonavir in the trial.
Fund hunting：A lot of scientists, researchers are hunting 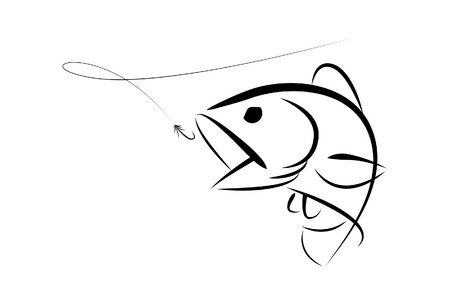 for funding on Chinese foreign talent recruiting website. It is owned by state-run Beijing Research Institute of Science and Information. Such a website can be used as an open platform to recruit foreign scholars for stealing intellectual properties for CCP. The two authors Kome Gbinigie and Kerstin Frie have registered their profiles. Martin Landray who is leading the world largest trial together with Peter Horby has registered as well. The profile of the author Mandeep R. Mehra who wrote an article defaming HCQ can be found on this website. The well-known Colombia University virologist W. Ian Lipkin 's profile can be found on this site. George F. Gao and Peter Horby can't be found. That tells the user's profile was created by an individual. It is known CCP has been stealing foreign intellectual properties by recruiting global leading scientists and providing funding to them. CCP has strong enough economic strength and power to buy those scientists to write articles for CCP.
Peter Horby has been leading the clinical trial in the UK. The death toll in the graphics shown in below does not appear to be improved significantly. Scientific research has been interfered by the funding bodies. The research results have been distorted and turned to be misleading. It is a tragedy not only for the UK but the world. Scientists with evil mind are threats to the world.
Recent news covered that NIH has fired 54 researchers (video coverage) at a time. It is known that all of them have received secretly the funding offered by CCP. President Trump's drain the swamp is in execution. Here is the performance of some European countries. Why does the UK still rank on the top in death toll in Europe even they have world reputable universities and scientists? UK has been diverted from the right track.
On July 10 2020 Limeng Yan, the world top corona virus scientist spoke up to disclose CCP's virus development and coverup. She was interviewed exclusively by Fox News. Therefore this series has no need to continue. You can follow LuDe hot topics talk show on US and China or Fox news following coverage. Here is the hero scientist was interviewed the first time overseas. EXCLUSIVE: Chinese virologist accuses Beijing of coronavirus cover-up, flees Hong Kong: 'I know how they treat whistleblowers'
© Copyright reserved
Top
[ 打印 ]
[ 加入书签 ]