(2020-05-20 01:19:12) 下一个
Comment
Executive summary: Chinese Communist Party (CCP) has been the ruling party since China was established by 1949. After COVID-19 outbreak in Wuhan CCP initiated disinformation campaign globally to cover up the truth and mislead the world. As a loyal viewer of LuDe hot topics talk show on US and China, inspired by Miles Kwok (Guo, Wengui) I started my solo exploration of COVID-19's origin with years' experience in China, Denmark and UK, solid medical knowledge, common sense, strong logic thinking skill and evidence oriented attitude. After extensive searching for and studying the relevant information, reading papers, news, watching video of speeches and interviews posted on social media.  I have collected enough evidence. All of them are public accessible. They have been assembled and interlocked like Jigsaw Puzzle to form an image. It tells the COVID-19's genome sequence has been recombined at lab with SARS', HIV's and Ebola's. The outbreak is the consequence of CCP Bio Weapon Program attacking the US to become the No. 1 superpower in the world. They have been building the Pandora’s Box for years. The virus test and  medical support were carried out  the same time.  A number of large cities in China were selected for the test. Although the test was highly confidential the medical support was in high profile in CCP’s state media. The test can be tracked down by the papers posted by the medical team. The following series articles will focus on each of the key participants of the program. It reveals a corner of the iceberg.
Facts about COVID-19: 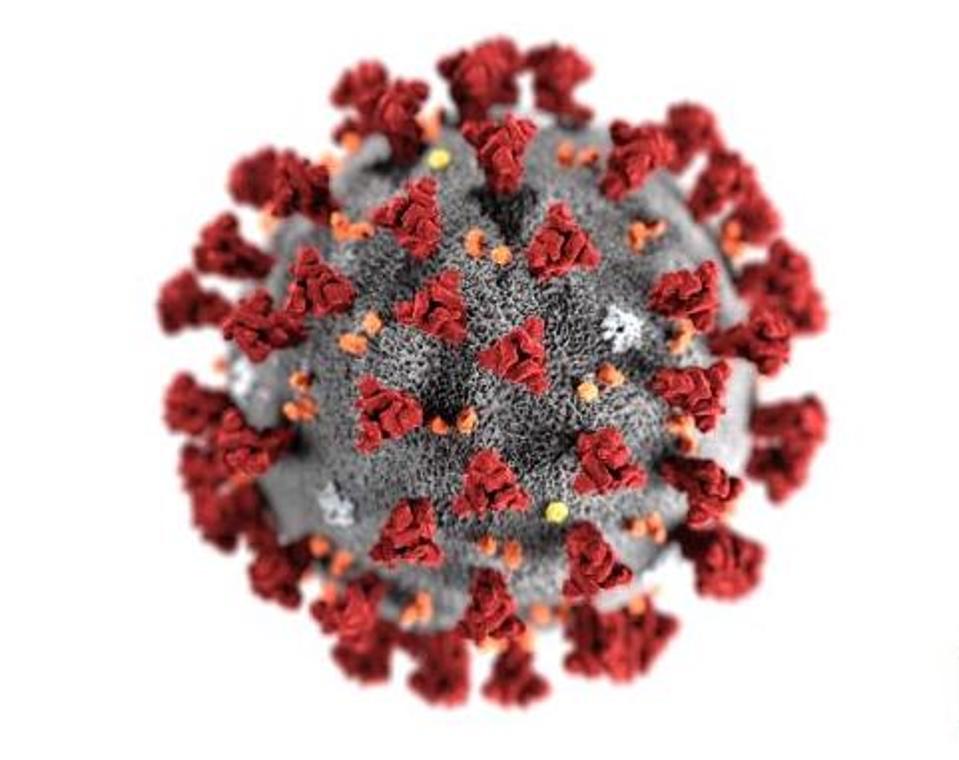 It is recombined single-stranded genome sequence of 30000, 80% of which is identical to SARS'. The rest of 20% is recombined with some others'. It appears intelligent. The incubation period can be 14 days in average or even longer. It is highly contagious with low mortality rate but fast spread speed in crowd. If it cannot be identified and no quick control over it can bring hospital collapsed and lead to a catastrophic mortality toll.
Brief intro to Chinese Communist Party (CCP): 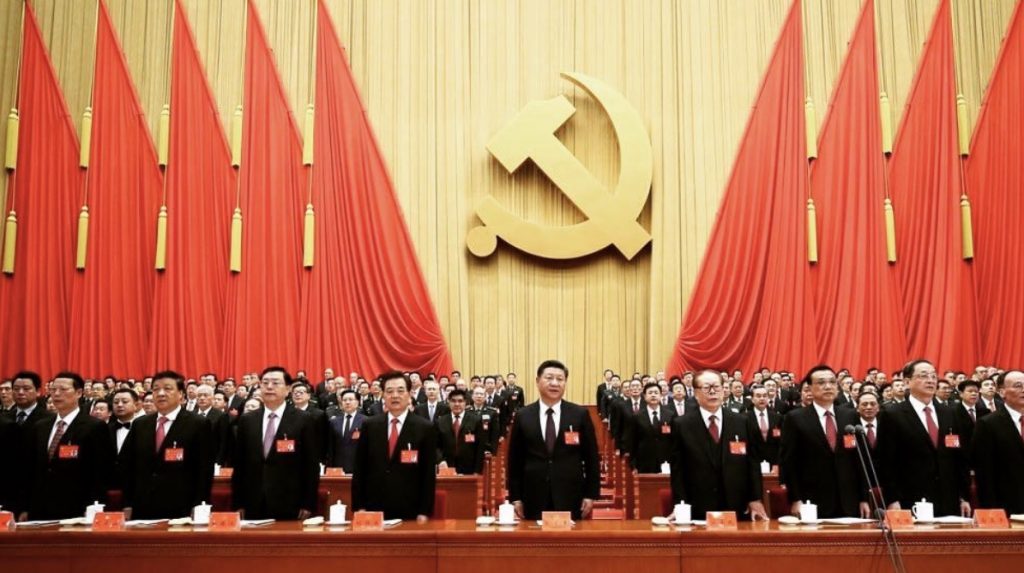 As the only one party CCP has been ruling China for 71 years. There has been no election, polling station, vote and democracy like the western. No free speech and demonstration. The CCP blocks civilians to access to all foreign social media web sites such as YouTube, Facebook, and Twitter to prevent them from knowing the truth. Civilians know the world by getting information fabricated by CCP's state media. Social media is strictly monitored and censored. CCP’s ideology 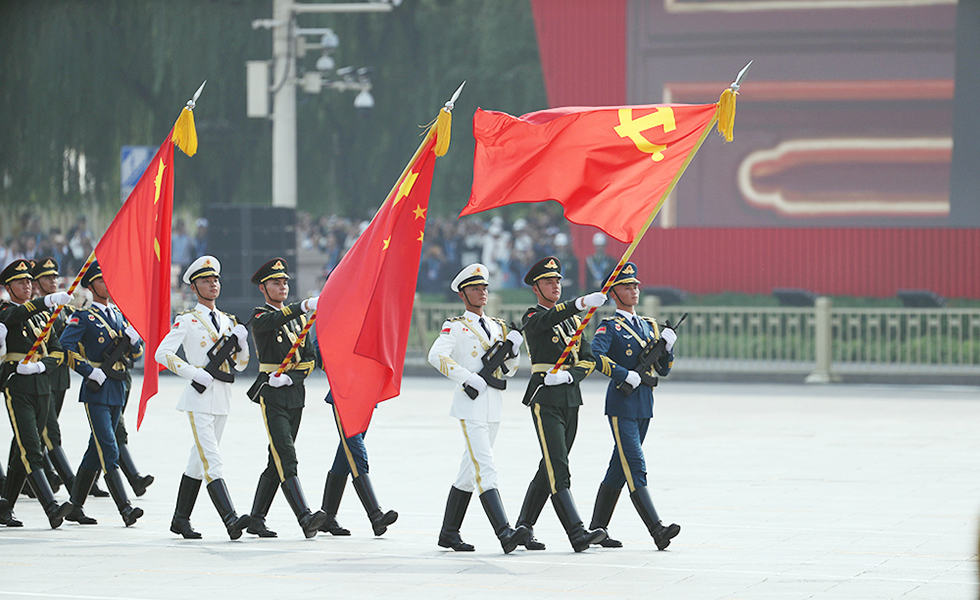 has been diverted from communism to money.  The national military - People Liberation Army (PLA) has been under control by CCP. In fact the government is running by CCP. The general secretary of CCP was picked up by the party’s leadership. It serves also as the command chief of PLA. All leaders in the government are nominated by the CCP central leadership. CCP brainwashes civilians to believe human right is getting enough food to eat. After China starting the membership of WTO in 2001 CCP speeded up the process of turning China into a corporate. The Party’s General Secretary functions like the chairman of the board. The power secures the leadership to harvest the financial profit like shareholder. Civilians have to work like slaves overtime and without enough holidays in particular for young people. PLA functions as party's security guard. Corruption is common doing among all leaderships in CCP and the government. CCP's leaders are storing up the wealth and hide it overseas. The civilians' life quality is deteriorating. The tension of civilians against CCP and intra party conflict is becoming extraordinarily high. As the consequence of One Child One Family policy starting from 1980 and lack of well-built social welfare, lack of labour force CCP now is in an extremely hard time managing the coming aged society. The social issues and poor economy performance drive CCP’s power in danger. One of the CCP’s possible intentions is to decrease the old people population.
Budget Overview of China during 2016 - 2019: The public security is critical for CCP to secure the party in power. It executes CCP's order to crack down dissidents, mass demonstration and protests. Along with the rising trend for military the budget for the public security has been in a rising trend. However it got cut the first time in history. Did CCP predict no more operations in 2020 because civilians will stay home?
Trade War in 2019:

In order to reduce enormous amount of deficit on the US in US-China trade Trump administration imposed on the goods imported from China at higher tariff rate starting from April 2018. It brought huge amount of tariff income for the US however it has negative impact on China's economy substantially. It drove supply chain to move out of China. It can lead China's economy to collapse. On January 15 2020 CCP accepted the trade deal with no option. It was a one side deal in favor of the US. It was a humiliating deal for CCP. By the time the deal was signed the COVID-19 has been extensively spread imperceptibly across Wuhan first then nationwide and worldwide by massive travelers for the coming Chinese Lunar New Year Holiday (like holiday during Christmas) from January 25 2020.
Virus drills in China 2019: The drills in 2019 were unprecedented; nationwide; frequent and intensive. On October 18 2019 George F. Gao, Director-General of China CDC participated the Event 201 - a tabletop high-level pandemic drill, hosted by The Johns Hopkins Center for Health Security in partnership with the World Economic Forum and the Bill and Melinda Gates Foundation. That drill was targeting at a new corona virus outbreak in China.  Source
Wuhan, a city of transport hub: The airport served 2.7 million passengers in 2019 connecting 170 domestic cities and 52 international cities. The distance between Wuhan – Shanghai 839 km, Wuhan – Beijing 1152 km. P4 Lab is on premises of Wuhan Institute of Virology. P4 Lab project was initiated in 2003 when the SARS outbreak happened in December 2013 in China. The P4 Lab construction was completed in January 2015 with aid of France.
Chinese medical care system: Medical care in China is not free of charge. People used to treating mild illness by themselves with buying medicines in pharmacies instead of going to see a doctor. Pharmacies are allowed to sell varieties of medicines without prescription. When 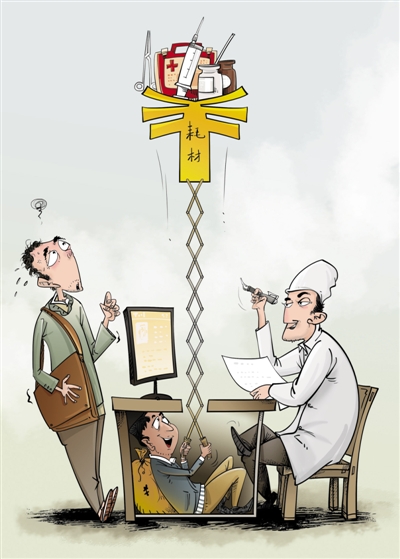 patients like cancer patients are scheduled for surgery, in most cases the patient will give large amount cash to the surgeon for securing surgeon's the best performance. The amount is usually close to or more than the surgeon’s monthly salary. It is a personal deal between the patient and the surgeon. No income is reported to the hospital and tax authority. The outpatient clinic consultants get additional income by collaborating with pharmaceutical companies and prescribing their medicines. They can get even more in the payroll by misleading patients to take additional examinations such as blood test, ECG, X-Ray, or CT at the patient's cost. It's a common practice among the most of medical workers profiteering from patients rather than serving the patients.
People/organisations referred:
The first paper on COVID-19 in the world:《A novel coronavirus outbreak of global health concern》of the authors Chen Wang, Peter Horby, Frederick Hayden and George F. Gao. The authors are all world well-known virologist, pulmonologist, epidemiologist, and clinical virology and medicine professors. They have conducted in-depth investigations on COVID-19 and infected patients in Wuhan. They clearly know this virus is highly contagious and can transmit among people. Unfortunately none of them had raised the alarm. They just focused on writing the paper and did not care anything else. They published the paper on January 24 2020, one day after Wuhan city was locked down. George F. Gao is the head of China CDC he must have reported it to the government. There has been a hectic discussion on the origin of the COVID-19 worldwide. They have been keeping in low profile. It looks they have nothing to do with the COVID-19.
Scientists' view, Nature vs. Lab: N-Nature, L-Lab, listed in the order of published date, * convincing rank from low to high as the author's own evaluation.
Speech and interview: The video plays only the specific clip. Total length: 6 min. The whole video can be displayed on a new browser window by double click youtube in the lower right corner.
Why did Bill Gate start his speech in such an impressive way ? Look at the current pandemic it is exactly the same as he said 4 years ago. He is just a Microsoft Guru. He has nothing to do with Microbes. However he seemed to be a virus expert. He predicted a highly infected virus will kill 10 million people. By now 0.3 million people have die of the virus. How did Bill Gate precisely predict it ? What did he get involved ? What does his foundation pursue for ? He said in public repeatedly his foundation is striving for vaccine development against most contagious virus for people's health in the world. Is it possible to develop and verify vaccine working without researching on virus ? Why was Bill Gate so scared of the virus outbreak ? Did he imply something horrified was to happen in the future ?
Look at the mortality of 90297 and 1.5 million confirmed infected people by now in the US, the American death toll is much more than that in sneak attack of the 911 and Pearl Harbor in total can we still believe it is not caused by Bioterrorism nation's deliberately release the virus ?
Such a high level global event must be well scheduled long time before it. All the issues like budget, time, location, host, participants, topics have to be coordinated and decided. George F. Gao was the only one senior government official among all participants. The event was targeted at virus outbreak in China. Was it just coincidental for China to be picked up ? Why was the event scheduled in October and it did happened in China two months later ? Was it coincidental as well ? This drill had nothing to do with vaccine. Why did Bill Gate foundation get involved in the drill ?
By the time when George F. Gao was interviewed he has published two papers on this virus. He has expertise in virus. As the head of China CDC he said the virus is a recombined single linear genome sequence with 80% of the SARS's and some others'. He has never said this in public in Chinese in China. Did he imply something horified and evil as well ?
The following series will answer these questions. To be continued.
© Copyright reserved
Top
[ 打印 ]
[ 加入书签 ]