Some in our media can’t contain their glee & delight in reporting that the U.S. has more #CoronaVirus cases than #China

Beyond being grotesque,its bad journalism

We have NO IDEA how many cases China really has but without any doubt its significantly more than why they admit to
— Marco Rubio (@marcorubio) March 29, 2020

昨天说了，不论美国目前是不是最惨的，但按照真个趋势肯定会变成最惨的，因为人口在哪儿，在中央主管的专家之一，Birx，原来很有声誉、地位，但最近一把舔川，被人看成李兰娟式的马屁虫，她也说十万到二十万是最好的结局，全国上上下下一心一意才行。
这有多少可能？
《大西洋月刊》The Social-Distancing Culture War Has Begun
Across the country, social distancing is becoming a way to signal which side of the culture war you’re on. The consequences could be disastrous
别忘了，美国是个自由国度，生死事小，主义唯大。虽然伊朗数据大概有水分，但美国发展居然比伊朗还恐怖，十足体现了我们这个伟大国家的真实面目：
（David Wallace-Wells）Coronavirus Shows Us America Is Broken
再给大家提提糟到什么程度：今天测试盒子还是奇缺。 美国新闻自由，好了，这是现状。
《纽时》Nurses Die, Doctors Fall Sick and Panic Rises on Virus Front Lines
A supervisor urged surgeons at Columbia University Irving Medical Center in Manhattan to volunteer for the front lines because half the intensive-care staff had already been sickened by coronavirus.
“ICU is EXPLODING,” she wrote in an email.
A doctor at Weill Cornell Medical Center in Manhattan described the unnerving experience of walking daily past an intubated, critically ill colleague in her 30s, wondering who would be next.
Another doctor at a major New York City hospital described it as “a petri dish,” where more than 200 workers had fallen sick.
Two nurses in city hospitals have died
《纽时》N.Y.C.’s 911 System Is Overwhelmed. ‘I’m Terrified,’ a Paramedic Says
“It’s all a war zone,” one of the paramedics said
Days later, another paramedic, Phil Suarez, was dispatched to two homes in Manhattan’s Washington Heights neighborhood, where entire families, living in cramped apartments, appeared to be stricken with the virus.
“I’m terrified,” said Mr. Suarez, who has been a paramedic in New York City for 26 years and had assisted in rescue efforts during the Sept. 11, 2001, terror attacks and later served in the Iraq war. “I honestly don’t know if I’m going to survive. I’m terrified of what I’ve already possibly brought home.”
紳士季刊（GQ）“The Numbers Are Staggering." Why New York Doctors See No End In Sight
Across the country in Washington state—which was then the seat of the country’s biggest COVID-19 hotspot—testing had been underway at the University of Washington, with whom Crawford was in regular contact. Doctors there were noticing an 8 percent positivity rate—that is, 8 percent of all the coronavirus tests they ran came back positive. In the world of laboratory science, that was considered extremely high. But when Northwell labs ran their first batch of tests on 20 samples, five came back positive, a 25 percent positivity rate. This was an astonishingly high—and frightening—number.
"We are chasing the virus," Crawford says, "and the virus is getting ahead of us."
“The data will begin to show when we have turned a corner,” Crawford told me. “And we haven’t yet.” 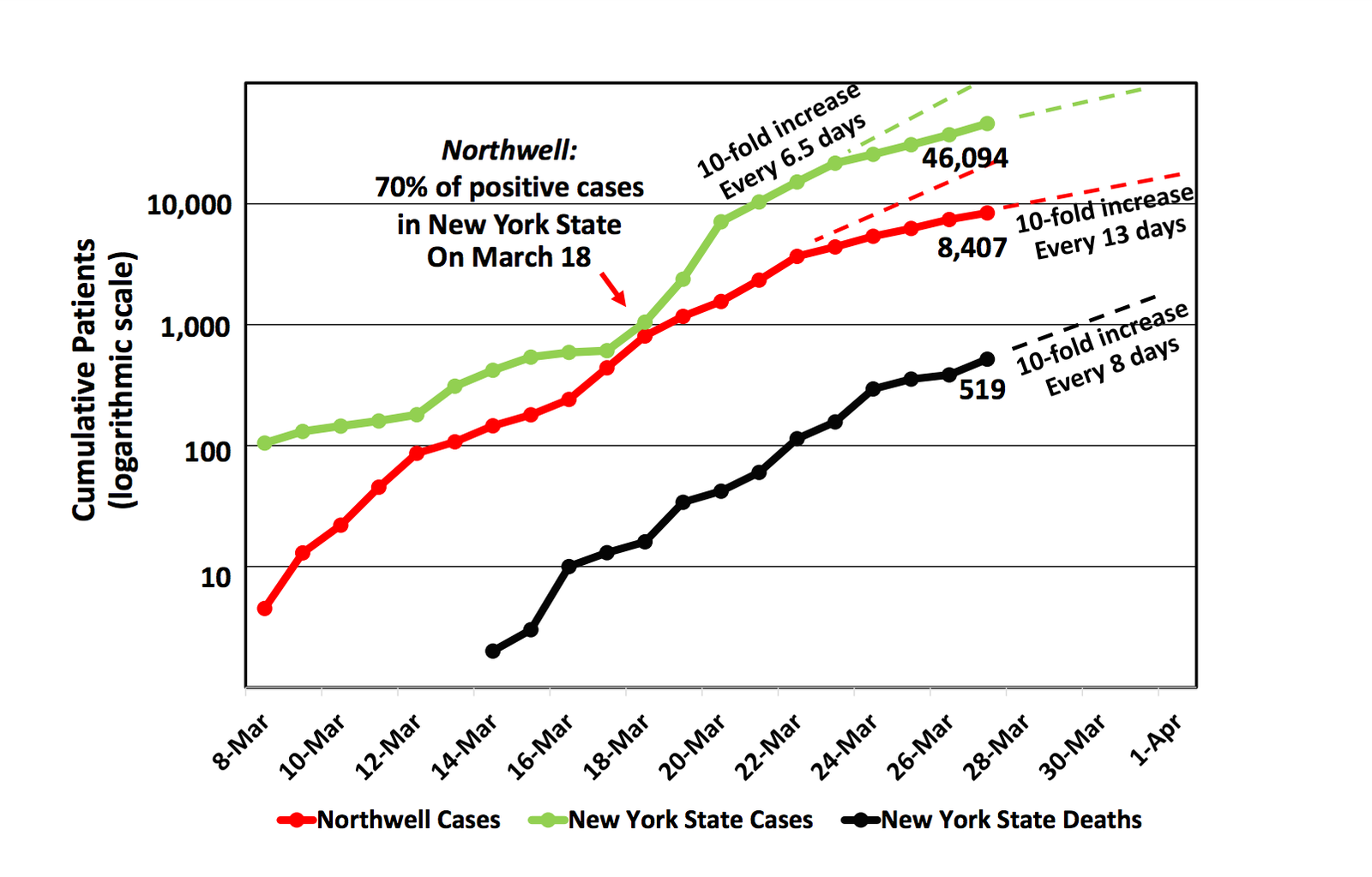 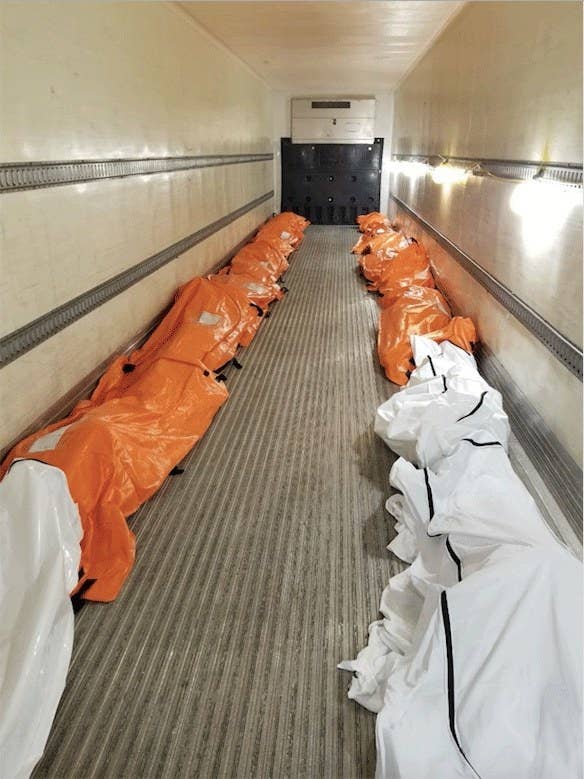