Wilkinson's catalyst is the common name for chloridotris(triphenylphosphine)rhodium(I), a coordination complex of rhodium with the formula [RhCl(PPh3)3] (Ph = phenyl). It is a red-brown colored solid that is soluble in hydrocarbon solvents such as benzene, and more so in tetrahydrofuran or chlorinated solvents such as dichloromethane. The compound is widely used as a catalyst for hydrogenation of alkenes. It is named after chemist and Nobel laureate Sir Geoffrey Wilkinson, who first popularized its use. 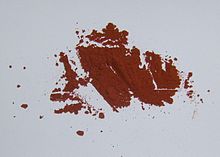 RhCl3(H2O)3 + 4 PPh3 → RhCl(PPh3)3 + OPPh3 + 2 HCl + 2 H2O
Wilkinson's catalyst is best known for catalyzing the hydrogenation of olefins with molecular hydrogen. The mechanism of this reaction involves the initial dissociation of one or two triphenylphosphine ligands to give 14- or 12-electron complexes, respectively, followed by oxidative addition of H2 to the metal. Subsequent π-complexation of alkene, migratory insertion (intramolecular hydride transfer or olefin insertion), and reductive elimination complete the formation of the alkane product, e.g.: 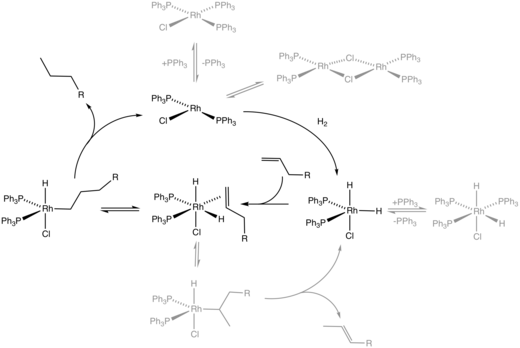 In terms of their rates of hydrogenation, the degree of substitution on the olefin substrate is the key factor, since the rate-limiting step in the mechanism is the insertion into the olefin which is limited by the severe steric hindrance around the metal center. In practice, terminal and disubstituted alkenes are good substrates, but more hindered alkenes are slower to hydrogenate. The hydrogenation of alkynes is troublesome to control since alkynes tend to be reduced to alkanes, via intermediacy of the cis-alkene. Ethylene reacts with Wilkinson's catalyst to give RhCl(C2H4)(PPh3)2, but it is not a substrate for hydrogenation. 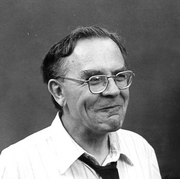 Wilkinson was born at Springside, Todmorden, in the West Riding of Yorkshire. His father, Henry Wilkinson, was a master house painter and decorator; his mother, Ruth, worked in a local cotton mill. One of his uncles, an organist and choirmaster, had married into a family that owned a small chemical company making Epsom and Glauber's salts for the pharmaceutical industry; this is where he first developed an interest in chemistry.

He was educated at the local council primary school and, after winning a County Scholarship in 1932, went to Todmorden Grammar School. His physics teacher there, Luke Sutcliffe, had also taught Sir John Cockcroft, who received a Nobel Prize for "splitting the atom". In 1939 he obtained a Royal Scholarship for study at Imperial College London, from where he graduated in 1941, with his PhD awarded in 1946 entitled "Some physico-chemical observations of hydrolysis in the homogeneous vapour phase".

In 1942 Professor Friedrich Paneth was recruiting young chemists for the nuclear energy project. Wilkinson joined and was sent out to Canada, where he stayed in Montreal and later Chalk River Laboratories until he could leave in 1946. For the next four years he worked with Professor Glenn T. Seaborg at University of California, Berkeley, mostly on nuclear taxonomy. He then became a research associate at the Massachusetts Institute of Technology and began to return to his first interest as a student – transition metal complexes of ligands such as carbon monoxide and olefins.

He was at Harvard University from September 1951 until he returned to England in December 1955, with a sabbatical break of nine months in Copenhagen. At Harvard, he still did some nuclear work on excitation functions for protons in cobalt, but had already begun to work on olefin complexes.

In June 1955 he was appointed to the chair of Inorganic Chemistry at Imperial College London, and from then on worked almost entirely on the complexes of transition metals. 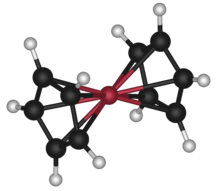 Wilkinson received many awards, including the Nobel Prize for Chemistry in 1973 for his work on "organometallic compounds" (with Ernst Otto Fischer). He is also well known for writing, with his former doctoral student F. Albert Cotton, "Advanced Inorganic Chemistry", often referred to simply as "Cotton and Wilkinson", one of the standard inorganic chemistry textbooks.

He was elected a Fellow of the Royal Society (FRS) in 1965. In 1980 he was awarded an honorary doctorate of science from the University of Bath. Imperial College London named a new hall of residence after him, which opened in October 2009. Wilkinson Hall is named in his honour.