Academics: leave your ivory towers and pitch your work to the me

Academics: leave your ivory towers and pitch your work to the media

Publishing in academic journals is prestigious, but sharing your ideas with a wider audience is exciting and full of unexpected rewards

You may have seen the recent headlines screaming “Spicy foods could help you live longer!” But have you heard of Lu Qi, the associate professor at the Harvard T H Chan School of Public Health who co-authored the study?

Qi’s findings appeared exactly as expected according to academic protocol – first in the British Medical Journal, a respected, refereed academic publication, before being picked up by mainstream outlets including The New York Times, Time and the Washington Post.

But Qi, an expert in nutrition, obesity and diabetes, remained in the shadows. And what’s wrong with that? The system works for researchers and scholars who don’t have enough time (or interest) to write for non-academic audiences. 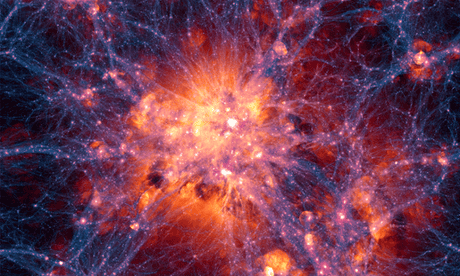 How big data has transformed research

As both a veteran journalist and a scholar, I’ve often wondered why academics don’t make more of an effort to publish for general audiences. Why don’t we hear more from the doctors behind the data? I put the question to a few academics and their answers surprised me.

“One of the things we professors could use is a little journalism 101,” says Bonnie Halpern-Felsher, a professor of pediatrics at Stanford University and a co-author of a study on adolescents and e-cigarettes that trended widely over the summer. “People always say I’m a good writer, but I’m shy sometimes.”

She told me about a live radio talk show she’d appeared on to discuss the drawbacks of e-cigarettes.

“I immediately got a stern email from somebody who thought I was wrong,” she says. “I knew for a fact that I was not wrong, but you can undermine everything with one wrong statement.

“I even brought a cheat sheet with me so I had the facts ready. It’s hard when you take your data and you want to make a statement about it. That part is scary.”

So could the issue simply boil down to professors being afraid of speaking to the public? Yes, says Kim Yi Dionne, an assistant professor of government at Smith College in Massachusetts and a blogger for the Washington Post. For many scholars, she explains, writing for the public “really is a fear of the unknown”.

Stephanie Coontz, a faculty member at the Evergreen State College in Washington state and a frequent contributor to publications including the New York Times, agrees, saying that writing for the public forces researchers to work in unfamiliar ways.

Academics love big words. It's not until you ask them to explain in plain English that you realise they don’t understand

“You talk to academics who love these big words … they nod and agree and recapitulate the same three- and four-syllable words and very abstract, complicated phrases”, she says. “It’s not until you force them to explain it in plain English that you realise they don’t even understand it.

“It’s hard to make a complicated idea simple. I’m sympathetic to academics that are nervous about it.”

And if publishing research is hard, the leap to first-person writing can be even more intimidating. Deirdre Egan-Ryan, an associate professor of English at St Norbert College in Wisconsin, is working on an essay about the difficulties of addressing race in the classroom as a white professor discussing literature from the Harlem renaissance. She’s considering including anecdotes and conversations with her sons. “It’s terrifying when I think about revealing personal information,” she admits. “I keep looking for a study.”

It doesn’t help that academics and journalists often treat each other as enemies, displaying what author Jeffrey Scheuer calls a “mutual wariness, if not outright hostility”.

I experienced this first-hand when a physician and public health expert who initially agreed to an on-the-record interview asked not to be included once our conversation was over. Perhaps she realised that her position was contradictory. Writing for the public wasn’t a priority for her, she said, and yet she’d encouraged two of her student researchers to write about medical research for a popular blog “as part of their training”. Why? “To help them get experience translating scientific research for the public,” she explained, and develop an “important skill”.

World-class research takes time: give us back our summers

Last summer, Kim Yi Dionne found herself panicking as she worked on a 2,500-word piece about Ebola for the Washington Post’s Monkey Cage blog. “I had to wrestle with it because it was taking me away from an academic book about HIV and Aids in Africa,” she recalls.

Her mindset quickly shifted though, when another of her posts went viral. “Scholars around the world told me that they were going to use it in their syllabuses,” she says. “That one blogpost generated academic opportunities, an academic article, a scholarly book chapter and, indirectly, an National Science Foundation grant. It was such a catalyst.”

But writing for the public is not always easy, even for those willing to make the leap. “My first instinct is still too abstract, too convoluted,” Coontz admits. “It’s a painful process, it does not come easy. It takes me so many drafts.”

Most academics need to unlearn everything they know about writing, she adds, such as backing into a thesis, footnoting, using a passive voice, and so on.

“I spent 13 years writing my first book,” she says. “I was so concerned about impressing other academics, I never used a dime word if I had a dollar one in my pocket.”

But Kim Yi Dionne says that her writing has vastly improved since she began blogging for the public.

“It’s not giving me the crutch of using these big words that only a handful of people understand. I can’t hide behind the jargon. I have to cut through the bullshit and just say what I really mean.”

I was so concerned about impressing other academics; I never used a dime word if I had a dollar one in my pocket

It also helps when scholars can appreciate the value of an editor, she adds. “Line editing can feel intrusive to some people, but not to me. I’m not offended by it at all.”

Mohammed Ademo, an opinion editor at Al Jazeera America, has experienced this issue. “Some academics don’t understand the editing process and feel that getting edited makes their voice disappear. These are very accomplished people and they’ve never seen so much red ink on their copy.”

And yet Ademo says he would welcome more submissions from scholars. “There’s a lot of research that goes unnoticed,” he says. “It would be great if more academics didn’t shy away from writing for the media and communicating with average people. It would be great if the information came from the source directly.”

His advice? “Pitch. Reach out to editors. Build relationships with them.”

Many say it’s well worth the effort – and writing for the public can be rewarding in unexpected ways.

“I have friends on Facebook who are reading my work,” Dionne says. “They’re not reading my academic articles. I like that. I didn’t get into this business to only talk to other people with PhDs.”

… we have a small favour to ask. More people are reading the Guardian than ever but advertising revenues across the media are falling fast. And unlike many news organisations, we haven’t put up a paywall – we want to keep our journalism as open as we can. So you can see why we need to ask for your help. The Guardian’s independent, investigative journalism takes a lot of time, money and hard work to produce. But we do it because we believe our perspective matters – because it might well be your perspective, too.

I appreciate there not being a paywall: it is more democratic for the media to be available for all and not a commodity to be purchased by a few. I’m happy to make a contribution so others with less means still have access to information.Thomasine F-R.