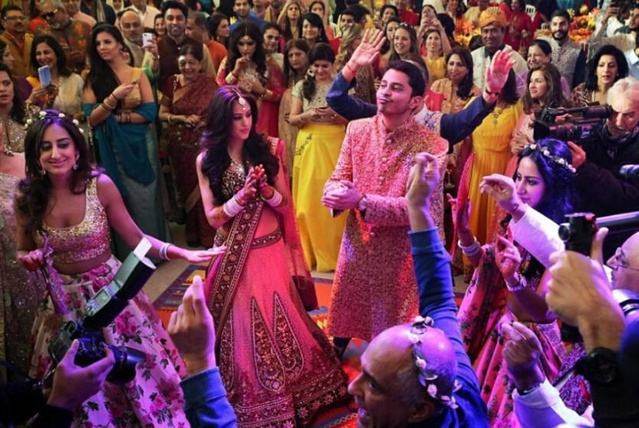 The deadline set for both the sections is two years from the commencement of work.

The deadline set for both the sections is two years from the commencement of work.

What happened to shameless BHAKTS . HIDING IN THEIR HOLES ? BJP SUPPORTING CHINA , ? CHINA SUPPORTING PAKISTAN.?cbkpb
Under the multi-crore project, the national highway is slated to be widened from its current two-lane structure to four lanes. This will allow vehicles to cruise at a speed of 80 to 100 kmph.

Good progress for Goa... Comment on the context of the article... Even in progress, you want to see negativity...

You sound like some radicalized guy. I think you need some radicalization. Did you know that the computer/mobile that you use to feed in these comments are most probably made in China!! what does that make you??

Made in India - by China!

When we have very good companies like L&T, why not give them? They have made finest roads in India. In Odisha, we had roads made in 1996 by L&T with guarantee of 20 years and it was rock solid without any issues. Now it''s being made a 4 lane. Shame on BJP govt.

They must have quoted higher than the Chinese firm...

Why Chinese firm?? We don''t have any competative agency to do the work?? If the government is for national interests then why Chinese should be banned or restricted in India sir...just talking is not enough to convince us sir...

We say make in India - I am shocked & does it mean we do not have the manpower or we need rocket science to just build a road. Please ask L&T to do the works - which they will do better & within the two years that you mentioned. Sorry to say present scenario - I am having a doubt will the people vote again for the BJP - Today you say u cannot eat beef, alcohol - tomorrow you may no rice/wheat etc etc & just keep quiet if u cannot buy onions tomatoes or dal. Very strange that one country has two laws for different states. Jai Hind

what happened to Make in India, Bhakts should eat shyt now on the Porvorim NH17

India is a land of confused ppl and no unity so definitely involvement of US or China is required for development.

Hammer
Ramesh Law-41 days ago
What is wrong ?

All foolish comments by dumb people. Have you heard of WTO ?

Not right. Not acceptable. So there is NO company in India that could have done this?

Pritam B
Pritam-41 days ago

They will spy on naval base and our politicians lick Chinese firms,Also will destroy natural goan beauty,Looks like with price hike,nature destruction goa is heading for disaster.

Bhadwe Bhakts where are you now? In Bharat Jalao Party ruled state, Chinese are building road and you are hiding in your holes? Where is your fake patriotism?

WHY is our government giving business to THE ENEMY ?! - specially when we have indigenous extertise ?! Mind-boggling.....

India is a dependent or an independent country ?.. Now you tell me.

Why Chinese? Can''t we lay it ourselves

what's the big deal?its not even an issue

Navyuga Rao is an old scamgress hand and was very close to Jaganmohan reddy till scam broke out. His biggest business is ports and tollways. Manohar parrikar should have found a better man than him to build roads

How many similar contracts we earned in china ...

Good competition. Let''s see the quality of Road by Chinese and Indian companies on both stretches. Fed up with poor quality of roads. Want to see Expressways where speeds of 180-200 KMPH will be normal and safe.

While we propogate ''make in India'' why should a foreign firm build our roads ? Do we lack capability ? We should not allow such things even if its a jv with an Indian partner.

Sir
All national high ways should be minimum six lanes and eight lanes depending up on traffic. But planning should consider next fifty years development. Quality of roads to be maintained. Good job being done by modiji. Plan tree plantation along high ways.

Ha...We can''t build a proper road here and you want us to build in Bejing...

Chinese roads are really nice and unlike Indian roads are properly checked last many many years . It is a shame that the BJP government has outsourced the contract to Chinese construction companies which PM Modi must now apologize to the nation as this proves that Indian companies are just not up to the mark .and we cannot have "make in India" by Indian companies

Useless Indian Hindu dogs only good in boasting and barking and this again proves India depends on China. Ha....ha...ha.....beside trade deficit of more than US$50 billions a year.

Well the Chinese money can buy whatever it wants. The port of Darwin in Australia is owned by Chinese. Just last month Aecon- Canada''s largest construction company which was traded in the New York and Canadian stock exchanges was bought over by a Chinese firm . Aecon was involved in some of the very large Dam projects in India. Hereafter when India wants anything fixed or have warranty work done in those projects they have to go to China. Its nice to see Tata''s and others going over to Britain and US to buy over firms there but how many Chinese companies are owned by Indian companies is the most important question.