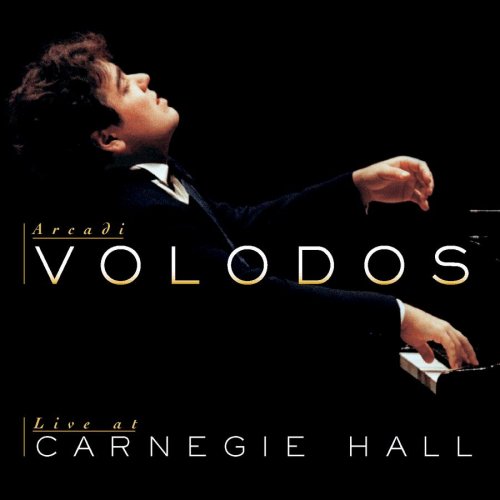 Arcadi Volodos (Russian: Аркадий Володось, Arcadij Volodos) (born February 24, 1972) is a Russian pianist. His first name is sometimes transliterated Arcady or Arkady. Volodos is renowned for his technical mastery of the instrument's virtuosic repertoire; particularly that of Rachmaninoff, Liszt and his recordings of transcriptions by Vladimir Horowitz.

Born in Leningrad in 1972, he began his musical training studying voice, following the example of his parents, who were singers, and later shifted his emphasis to conducting while a student at the Capilla M. Glinka School and the St. Petersburg Conservatory. Though he had played the piano from the age of eight, he did not devote himself to serious study of the instrument until 1987 at the conservatory in his hometown with Leonid Sintsev. His formal piano training took place at the Moscow Conservatory with Galina Eguiazarova. Volodos also studied at the Paris Conservatory with Jacques Rouvier. In Madrid, he studied at the Escuela Superior de Música Reina Sofía with Dimitri Bashkirow.

Despite the relative brevity of his formal studies, Volodos has been naturally and rapidly propelled into the elite pantheon of the world's most important pianists. Thomas Frost, the producer of many of Horowitz's recordings, and producer of Volodos' recordings for Sony Classical, has said that Volodos "has everything: imagination, colour, passion and a phenomenal technique to carry out his ideas."

Volodos received the German award "ECHO Klassik" as the best instrumentalist of 2003.

Volodos has been claimed as being a modern-day Horowitz, with his flawless technical ability and his renditions of notoriously difficult arrangements of pieces. A particular example was of his arrangement of Mozart's Rondo Alla Turca in which he paraphrased the movement to produce considerable demands on the performer; playing a melody and a counter melody with the right hand, and large chords and rapid leaps with the left. Another notable transcription written by Volodos was his arrangement of Polka Italienne, a lesser known duet by Sergei Rachmaninov which is a commonly requested encore piece at his recitals. Despite the fact that this piece is a duet, he is more than capable of playing both parts at an extremely rapid pace. He is also known for reviving Horowitz's transcriptions of Carmen - from the opera by Bizet - and of Liszt's Hungarian Rhapsodies Nos. 2 and 15 ("Rákóczi March").