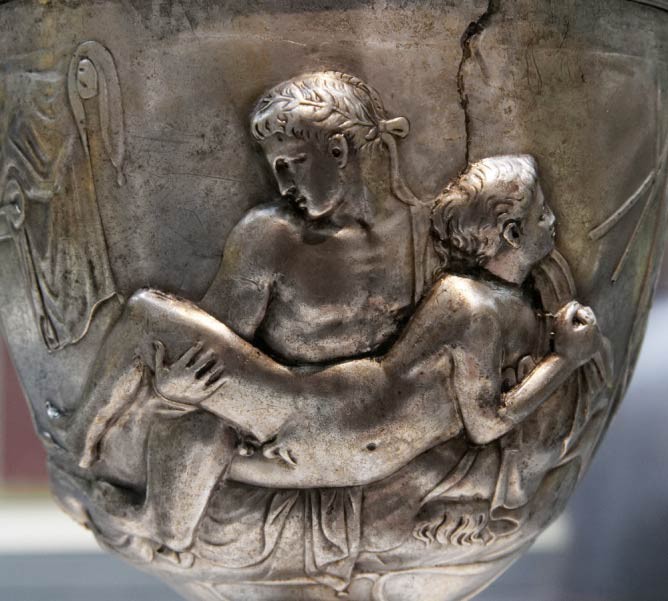 An example of a work not radical in its time but seen as too explicit for later audiences, The Warren Cup was most likely proudly displayed in a Roman home, but then was considered too deviant for audiences right until the 1980s. Depicting a Greco-Roman practice called pederasty, where young men would take older men as mentors and sexual partners, the what would later be considered homosexual acts depicted on the cup were hidden from public display for centuries before their exhibition, after which they inspired countless gay artists and writers into more radical artworks. 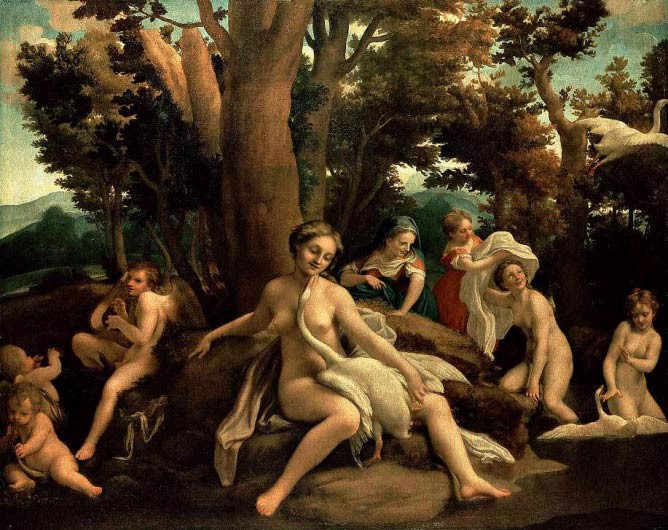 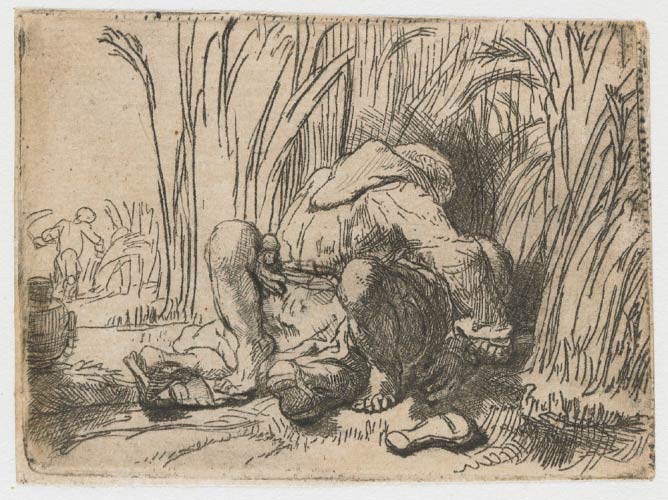 Those who know Rembrandt for his meditative masterpieces will be shocked by ‘The Monk in the Cornfield’ series. An almost cartoon-like portrait of a monk breaking his vows, it looks more at home on a pier-front postcard than a work from a burin of an Old Master. A make-money-quick scheme made during a period of financial turmoil, this image aimed to appeal to the base instincts of a lower class clientele, who could afford an etching but not a painting. To this day, these etchings remain a relative secret, although their frank depiction of unglamorised sex would find followers well into the 21st century. 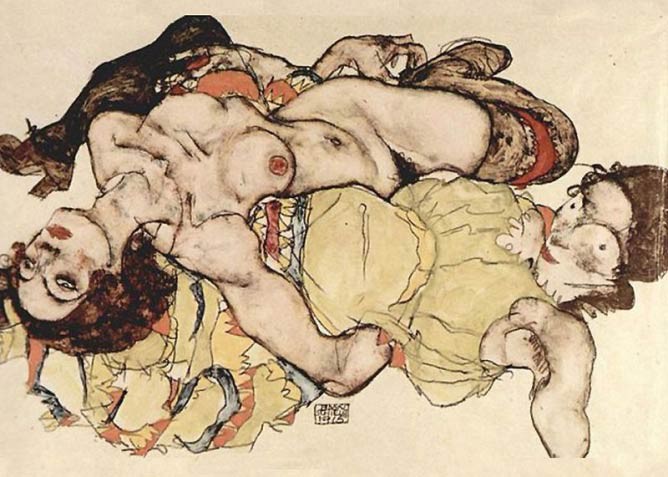 Schiele’s work was so radical in its time that the artist actually spent time in prison for being a pornographer, and ‘Two Women’ is an example of the painter’s unashamed unromantic depiction of women (many of them sex workers) as sexual beings. The women of the title are at once sexy and scary, painted in mottled colors in Schiele’s masterly signature style. Schiele’s career was tragically cut short by his untimely death, but he did leave us with a kinky selection of nudes that would influence greats all the way to Lucian Freud, the ultimate master painter of flesh. 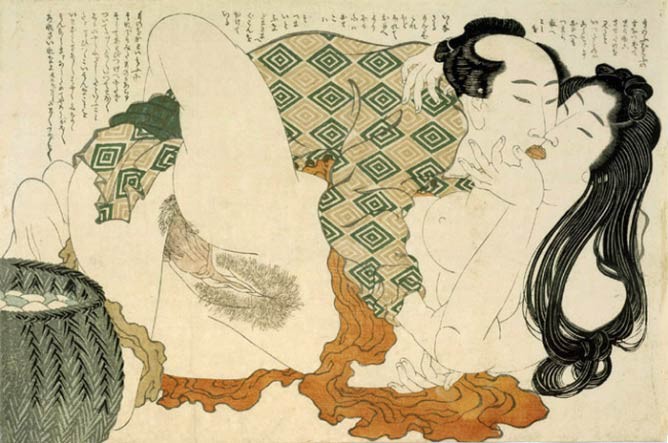 Perhaps best known in the Western world as the artist behind the often-reproduced ‘Great Wave off Kanagawa’, many would be shocked by his other work as part of the Shunga tradition. Shunga, a Japanese genre meaning ‘spring pictures’ (spring being a Japanese euphemism for sex) are erotic prints completed in woodblock and feature copulating couples with often enlarged genitals. Although reaching their apex in the 17th and 18th century (astonishing when you consider the chasteness of Western art during this time), Hokusai’s later works are among the most stunning of the form, as you might expect from the master of the woodblock. 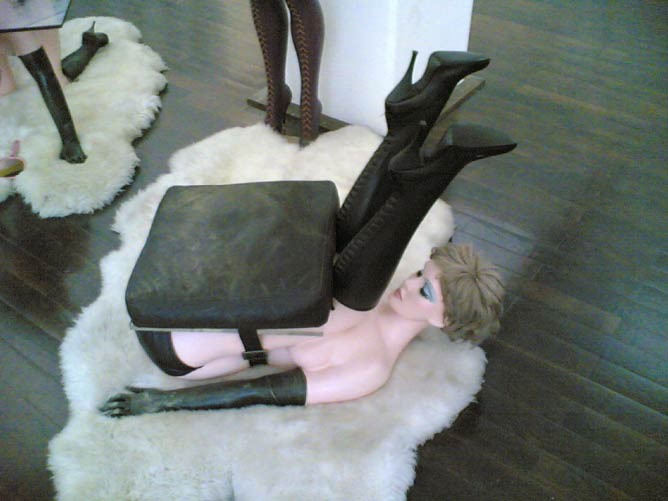 A sexual statement seen as so shocking to some that one of Jones’ chairs saw acid thrown at it by a feminist protester, many see Allen Jones’ chair as an equally acidic work of sexual misogyny. Depicting a topless leather-clad woman turned into a piece of furniture, the piece equally plays on fetishism and femininity with its turning of a woman into an object. Whether this is done with a wry sense of humour or out of pure chauvinism, many cannot agree, but no one can deny how radical the piece is as a piece of sexual subversion.

Many critics see Warhol’s work as inherently voyeuristic, and perhaps the greatest statement of his lesser-known ‘Sex Parts’ series. Warhol’s work had previously dealt with gay sex, but whereas the act itself was deliberately out of frame in his film Blow Job, in ‘Sex Parts’ it is emphatically in the frame, shown in eye-watering detail in the easter egg colours of Warhol’s signature style. By portraying graphic gay sex in the way he had painted everyone from Marilyn to Mao, he raises sex to their status, seemingly glamorous but ultimately unattainable and tragic – perhaps the best explanation of Warhol’s own relationship with sex.

Robert Mapplethorpe, Self Portrait with Whip | 1978