Spur features students rather than fashion

The Spur Fashion Show took over London Music Hall last weekend to a sold out crowd of friends and family. Showcasing more skin than fashion, the production played out as one big party dripping with Western pride, proving that the show was more interested in parading the finest Western students compared to the finest garments available in London.

This year's theme was Mirage, playing off the idea of optical illusions and varying atmospheric conditions. Considering that the show needed to achieve this theme in every scene, it was clear that the concept was too vague as there was little to no cohesion in the lookbook, let alone each number. But before the show began, opening messages from hosts Connor Malbeuf and Olivia Keast warmed up the audience for the next two hours of sitting.

Their jokes were shady and scandalous, making them great reoccurring faces while adding much-needed organization to the show.

After their opening dialogue, they highlighted that this year's funds were going towards Motionball, a non-profit organization offering athletic opportunities for special olympic athletes. Chairman and co-founder of Motionball, Paul Etherington, spoke about the beginnings of the cause and thanked Spur for generously picking them as this year's charity. The show raised upwards of $25,000, marking a personal best for Spur and the highest contribution to Motionball by a university. 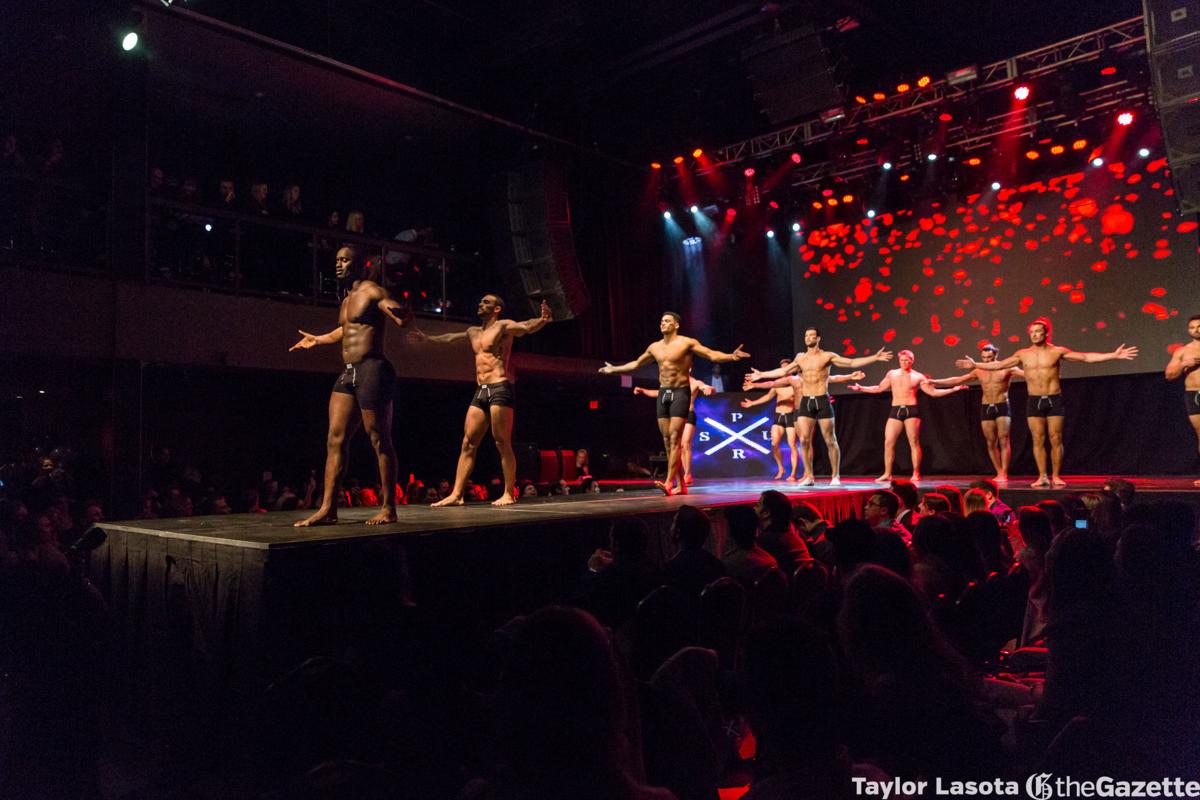 Without any more delays, Spur finally started with an anticlimactic scene of models lining the stage, doing acrobatics, then leaving. The music did not drop, the dancing was short-lived and audience members looked around wondering if the transition to the first scene was missed. It was a bland beginning for the yearning crowd.

Greek Gods turned this confusion into a joyous day at the tennis court as models lined the stage with their white activewear. It was an upbeat number that brought back the energy lost in the opening scene and also overshadowed the following scene, Sirens. Models walked the runway in their bathing suits and although their bodies were toned, nothing truly happened. Sirens came and went with the bat of an eye. The acrobats were cool though.

Apocalyptic followed and showcased the best clothing of the show. Modelling a Yeezy aesthetic, the streetwear number had hype outfits and music, but the choreography was a mess. Models did not know their counts and the dancing was stiff — something that became very apparent as fellow models looked frustrated at each other.

This was one of the many points where the show lacked in execution. Throughout Spur, models were spotted peering out of the wings to see their cues as opposed to listening to the music from behind the curtain. Whether this was a product of few dress rehearsals or models failing to practice, it was a noticeable flaw in every scene and distracted from who and what was on the runway.

The two best scenes of the show took place before and after intermission. Witchcraft, also known as formal, was ethereal and captivating as Lana Del Rey's "Dark Paradise" set the scene for devastation and drama. Two models embodied the theme with their elaborate lace veils that draped their bodies and although they looked like witches they were also the only black women in the scene, generating questions of racial coding and witchcraft. Black women have a history of being negatively portrayed as twisted and untrustworthy beings and whether this was an accident or not, it was a shortsighted creative decision.

To everyone's excitement, Vikings answered the much-anticipated scene of lingerie. Male models welcomed the audience back to the show with a steamy lap dance scene and left the crowd buzzing with excitement for the upcoming number. Beyonce's "Six Inches" added to the tension as male models returned to the stage and welcomed the curvy dominatrix who strutted her stuff down the runway. This by far was the cleanest choreographed scene. Everyone knew their counts, the dancing was classy and sexual and quenched the audience's tangible thirst. It was clear that this was the scene everyone waited for, and to much avail they knocked it out of the park.