How designer headphones became as much of a fashion status symbo

During New York Fashion Week in February, the Metropolitan Museum of Art unveiled the thinking behind its next costume exhibition, “Manus x Machina: Fashion in an Age of Technology”. Eighteen months previously, a bunch of fashion editors were absent from the spring/summer 2015 season of New York because they were on a 36-hour flying visit to San Francisco to witness the unveiling of the Apple Watch. Why? Because fashion and tech are closer than ever before.

It isn't so much about houses such as Chanel eschewing stitching in favour of selective laser sintering (read: 3D printing) to craft garments, although that makes great pictures (and, by all accounts, a wonderful Met exhibit). It's more about pumping up technology we already have with fashion kudos – such as a cheap iPhone case glitzed with silly bits, as spun out by most designers to great commercial gain.

A more interesting luxury subset, however, has emerged in the form of headphones – not only are luxury merchants chasing the bandwagon, but entire brands are emerging to satisfy this perceived niche in the marketplace, appealing to audiophiles and the fashionable in equal measure. Dolce & Gabbana are at the forefront: they have created headphones that recall the crowns that adorn Madonnas in regional Italian Catholic shrines, attached to retro over-ear cups. As financial offerings to the gods, these are hefty: this spring's passementerie-fringed style will set you back £3,850.

Those are an extreme example – but headphone prices have soared across the board, seen as a status symbol as opposed to a techy tool for music insiders. In 2012, the market research firm NPD Group reported that Beats by Dre, an audio-focussed subsidiary of Apple originally founded by the rapper Dr Dre, boasted a 64 per cent market share of headphones priced higher than $100. In August 2014, Apple's acquisition of the company was the largest in the global tech behemoth's history, costing around £2bn. Those prices have been hiked even higher, for last spring, Beats unveiled a collaboration with the Italian fashion house Fendi, in the label's hand-stitched Selleria leather. After an unfashionable delay, these have finally gone on sale this spring for £950 a pop – a bunch of colourways are already sold out. 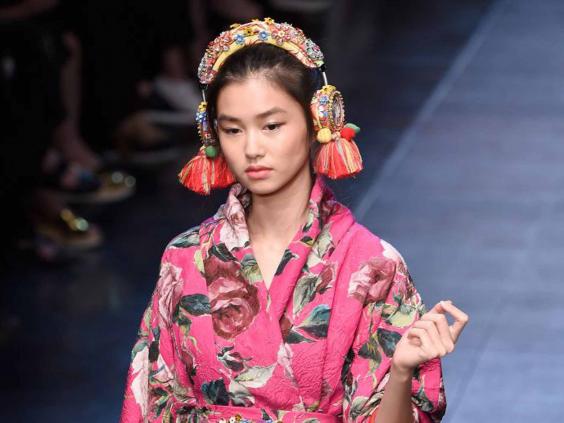 In the same year as Apple's acquisition of Beats, a new company named Master & Dynamic launched. Forbes magazine has des cribed it as the “anti-Beats” – focusing not on Beats's athlete and musician-heavy marketing campaigns, but on sound quality, a niche market and timeless design that appeals to aesthetic aficionados. “We think of the products as luxury technology accessories,” says CEO and president Jonathan Levine, thoughtfully. “We have an incredibly discerning customer base: form is certainly as important as function to this market. It's a group of people who are quite fanatical about design.”

Master & Dynamic marketing imagery – featuring well-dressed sorts, often cropped at the neck – show them being clutched like accessories, alongside a Givenchy Antigona bag. The implication being, of course, that a Master & Dynamic headset is a similar sort of status symbol – but in its own right, without needing the cachet of a brand name. “Top fashion retailers were quick to adopt our brand,” says Levine. “In the cases of some of the fashion stores we work with, we're the only technology brand they carry, which is interesting. Customers who care deeply about the brands they buy into from a fashion perspective care naturally think in the same way about all areas of their life.” I'm guessing the same ideal customer would have a Prada coat, Diptique candles and furniture by Gio Ponti and Eames. It's lifestyle.

Master & Dynamic headphones – like so many of these new tech brands – are being marketed direct to fashion consumers as wearable status symbols. It's difficult to lug about an Eames lounge chair, but subtly but distinctly sporting the right lumps of technology is like reading a clever book on the bus. “We've definitely noticed the rise of a customer who wants their tech purchases to be as considered as the fashion they buy, and we've greatly increased our lifestyle offering in response to this, more than doubling our brand offer within that category,” says Damien Paul, head of menswear at MatchesFashion.com, which stocks Master & Dynamic.

The primary market for these products is seen as male – playing into lads' gadgetry stereotypes. But the look is definitely as important as the tech specs, even if we're not talking D&G crowns. “A great pair of headphones are indisputably a fashion statement,” says Levine. “We have a growing following among those in the fashion world, which plays nicely into headphones' rise as a must-have luxury accessory similar to a great watch, bag or pair of sunglasses.” Or maybe all of the above, rolled into one. Bargain.