Published by David Crane in Featured, Pistols on August 26th, 2010

Chiappa Firearms and MKS Supply, Inc. have teamed up to manufacture and market the new “revolutionary” patented Rhino .357 magnum revolver, which is unique in that it fires from the bottom chamber, rather than the top chamber. This significantly lowers the bore axis, bringing the recoil forces closer to the center of your hand than on standard revolvers. This is supposed to make for fast, accurate multi-shot firing strings / fast and accurate follow-up shots. Since the Rhino is a 6-shot revolver, you get 5 follow-up shots of .357 magnum firepower. Not bad. 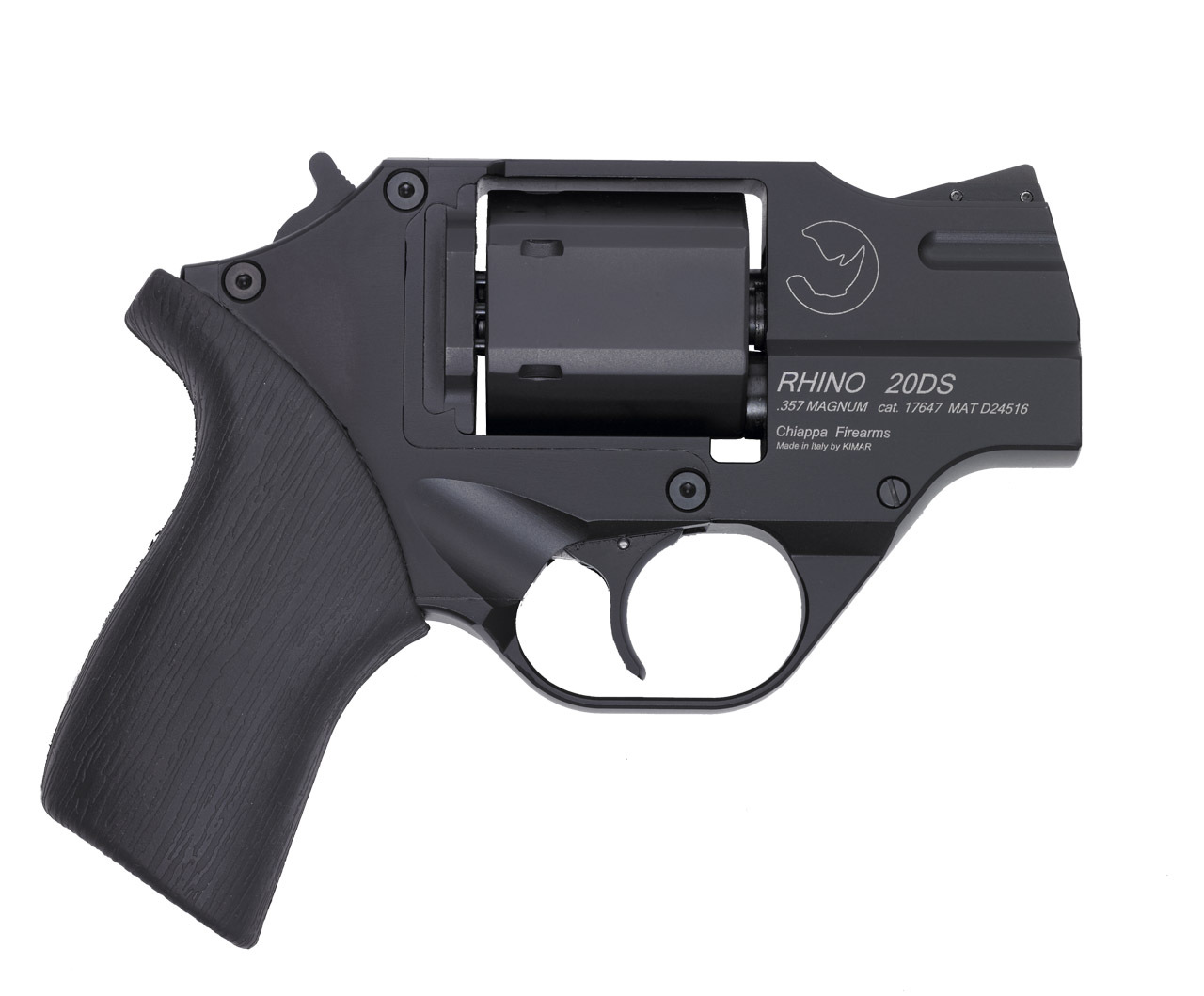 The Chiappa Rhino revolver is an interesting (and interesting looking) handgun that’s designed specifically for concealed carry (CCW). To this end, it sports a hexagonal, flat-sided cylinder and flattened overall profile. The longer-barrel models (4″ and up) feature a ribbed/vented barrel and what appears to be a Mil-Std-1913 “Picatinny” rail for mounting tactical white lights and lasers (laser sights).

You don’t wanna’ take a hit from this Rhino! 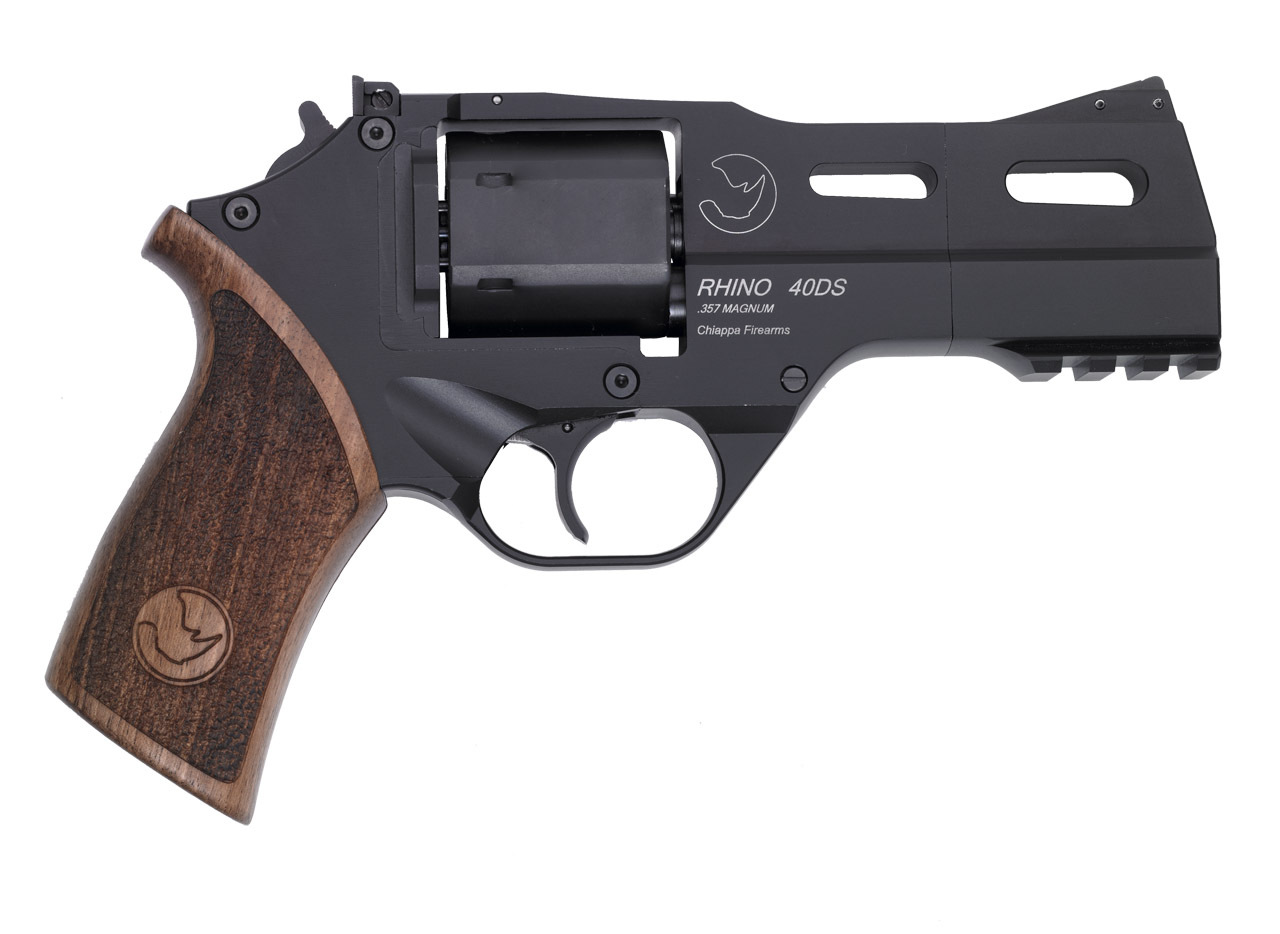 The following is a press release DefenseReview received yesterday:

The following first two paragraphs are the NEW News:

Chiappa Firearms, Dayton, OH, August, 2010-Chiappa Firearms chiappafirearms.com new Rhino Revolver has finally cleared all the import requirements and tests for sale in the United States and are now arriving for distribution by MKS Supply, the exclusive marketer for the Rhino.

The first of these revolutionary revolvers will be the 2-inch barrel model. Within the next 60 days it is expected that the 3, 4, 5, and 6-inch versions will clear U.S. import and ATF tests as they are simply the same gun with longer barrels.

The Rhino, especially in the 2-inch version is an unusual looking firearm but form really does follow function. The recoil and muzzle flip from hot loads is greatly reduced thanks to the bottom chamber firing position. It just Works! And people who have shot it are amazed by the glass smooth action of this revolver. 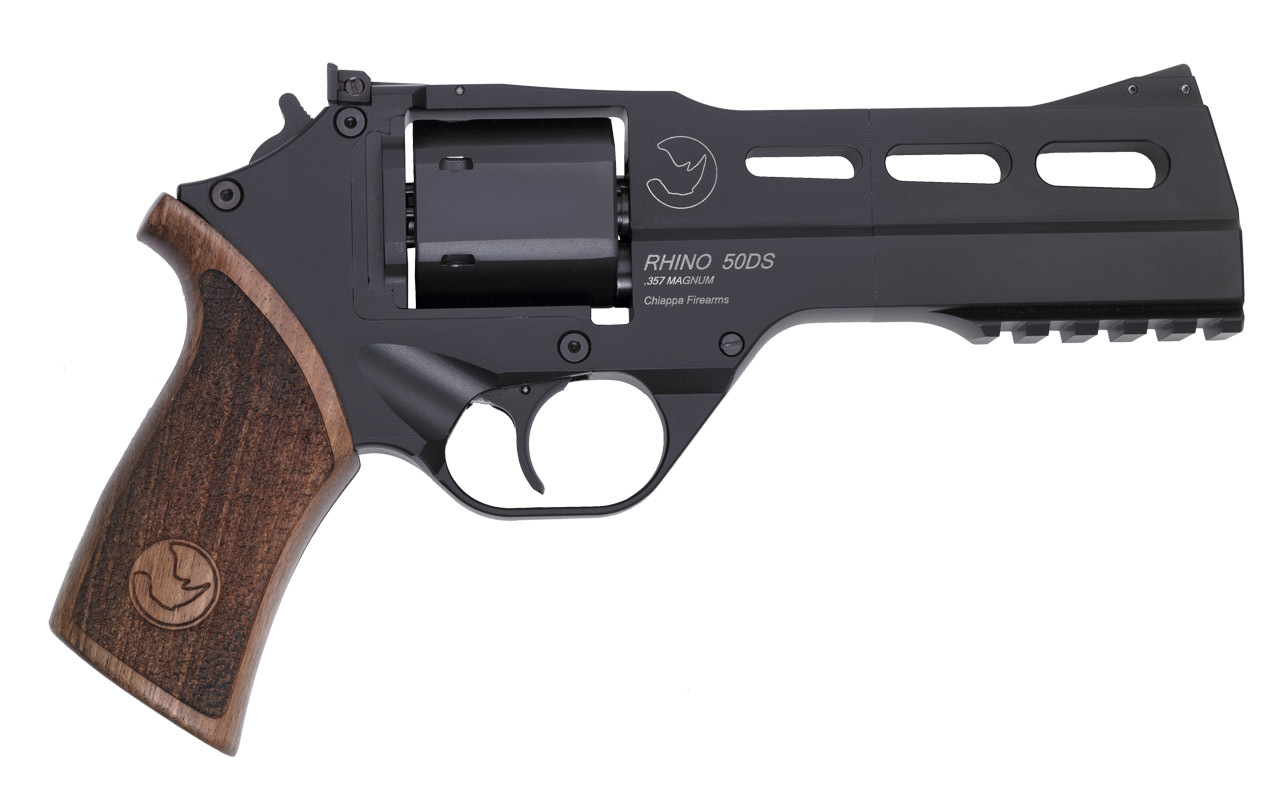 Below is the December 2009 release in case you missed it.

Called the Rhino (sort of resembles one too) you will first notice that the barrel is actually at the bottom of the cylinder. The gun is designed to fire from the bottom chamber of the cylinder (6:00 position not 12:00 as with other revolvers). The new design resulted in improvements of the internal mechanisms over conventional revolver designs yielding up incredible reliability, a super-smooth action and improved safety.

The Rhino’s low barrel design ergonomically shifts recoil energy into the center of the palm of the hand and in line with the forearm thus greatly reducing the effects of felt recoil. Traditional revolver design (semi-autos too) place the barrel above the hand. When the gun is fired the leverage applied by that design forces the recoil into the web area of the hand between the thumb and trigger finger causing significant muzzle snap. Not the Rhino! Due to this new design a shooter can now fire very fast and accurate repeat shots.

The Rhino is designed to reduce its carry profile. This design is even carried into the hexagonal shaped cylinder making for a flatter profile when carried (especially handy for legal concealed carry).

The Rhino looks different, so what’s the deal? The looks are the direct result of the innovative improvements. Then again who would have thought a few years ago that fiberglass stocks (in color and with patterns) would one day be routinely accepted on traditional wood sporting rifles or that pink revolvers would be a rage?

Basic Specifications:
(and more later as other variations or models develop): 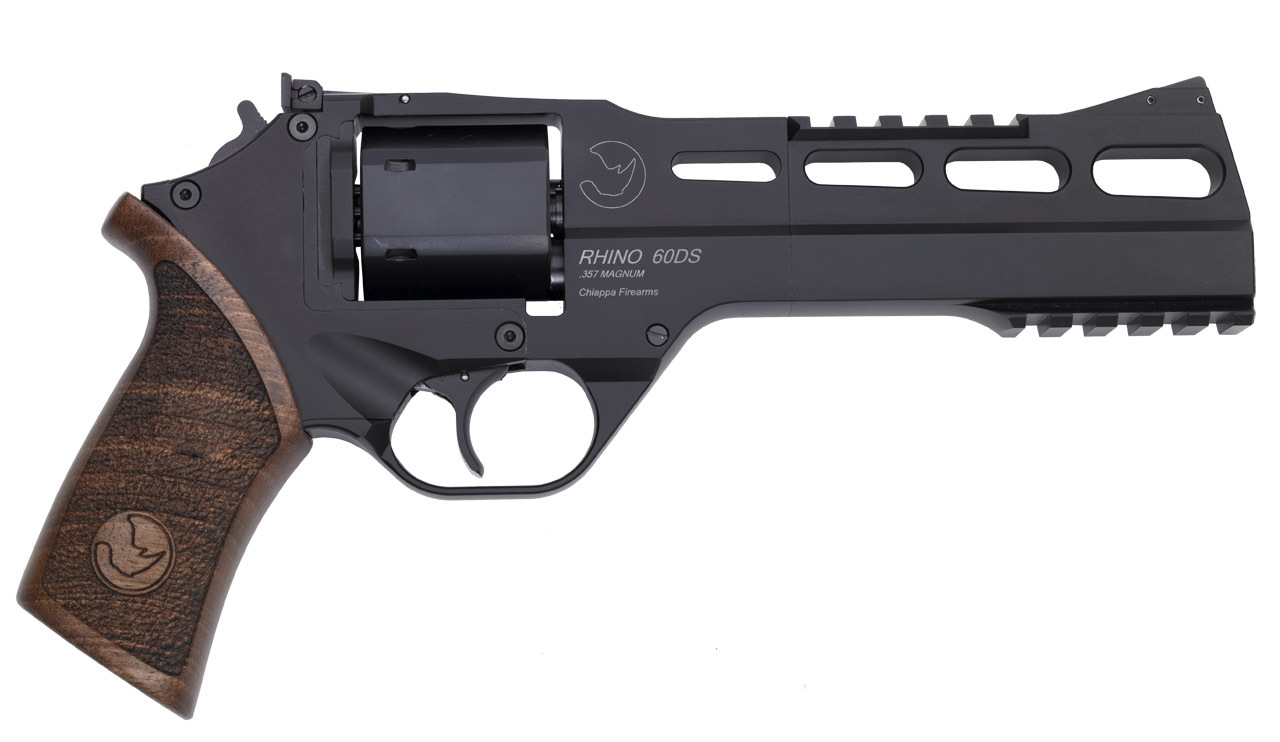 Additional background: It all began in 2000. First, the full history of this Italian designed firearm is far too extensive for this press release, but a few facts may help you. The Rhino is NOT the semi-automatic revolver referred to as the Mateba (Accurately written as Ma.te.ba.). The Ma.te.ba. and the Rhino are both designed by Emilo Ghisoni which may explain why the guns look similar. Mr. Ghisoni and his friend and financial supporter Antonio Gudazzo completed the project. When Mr. Ghisoni passed away in April 2008 Mr. Cudazzo then took the gun design to Mr. Reno Chiappa, proprietor of the Chiappa Group (Italy) of which Chiappa Firearms is a subsidiary.

Mr. Chiappa then contacted Ron Norton of Chiappa Firearms, Ltd. (a subsidiary responsible for the developing of Chiappa products in North America) and the Rhino revolver finally begun production in 2009. The result is the Rhino, a different looking highly-functional, ultra-smooth action revolver with a purpose engineered recoil controlling ergonomic design. Chiappafirearms.com”